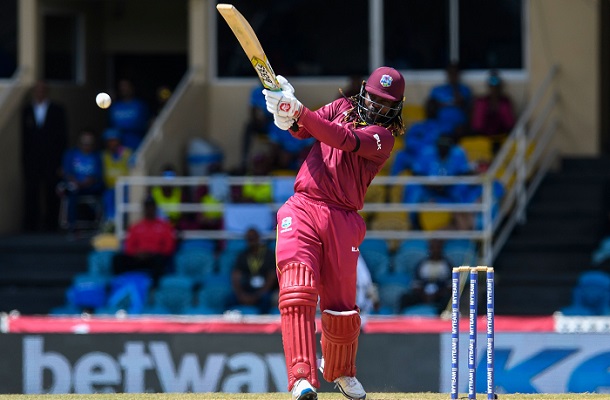 Chris Gayle bludgeoned 72 off just 41 balls as West Indies reached 158 for two off 22 overs before rain brought the third and final match of their one-day series against India at the Queen's Park Oval to a halt on Wednesday.

Gayle, 39, went into the match had become the West Indies leading scorer in one-dayers in the second game at the weekend.

On Wednesday, he hit five sixes and eight fours as he and fellow opener Evin Lewis (43) put on 115 for the first wicket.

India hold an unassailable 1-0 lead following the 59-run win via the DLS method in the second ODI at the same venue on Sunday.

Rain forced the abandonment of the first match in Guyana as a no-result last week.