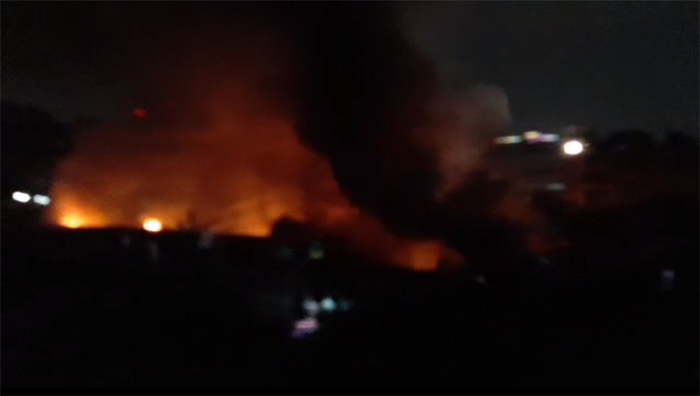 A devastating fire that broke out at a polythene factory at Posta in Lalbagh area in the capital brought under control around 12:30 am on Wednesday night.

After more than one and half hours’ hectic efforts of 15 fire-fighting units and local people, the fire came under control.

Meanwhile, Fire service sources confirmed that there were no casualties reported in this fire incident.

However, they were not yet sure about the origination of the fire and about the damages.

According to the locals, the fire was reportedly originated from an electric transformer blast.

He also said that the fire originated at the polythene factory in front of Posta Police Outpost at 10:40 pm. But the cause of the fire could not be confirmed yet.