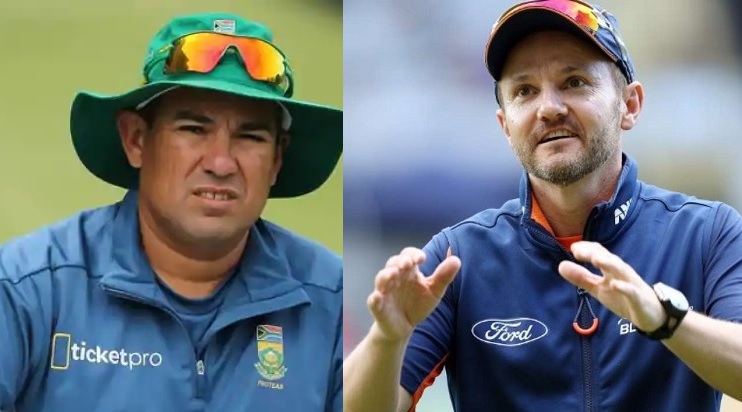 Bangladesh will be eyeing to select their next head coach within next couple of weeks as they prepare to start leaving behind ICC World Cup 2019 disappointment followed by the agonising tour to Sri Lanka.

While they were able to register only three wins in the World Cup which prompted the BCB (Bangladesh Cricket Board) high-ups to end their ties with former head coach Steve Rhodes citing it as ‘mutual separation’ their performance against Sri Lanka in the three-match ODI series was simply awful, a rock solid reason behind going shopping for a new head coach without any delay.

BCB had already interviewed former South African head coach Russel Domingo while there is speculation that former New Zealand head coach Mike Hesson is expected to arrive to sit with BCB high-ups as he is among the three coaches shortlisted for the role while there are some other names also floating in the air.

No matter who takes up the job it won’t be a cakewalk considering the foreign coaches need to deal with lot of pressure both in and outside the dressing room.

Unlike other Test playing nations, Bangladesh’s cricket revolves around the whim of Nazmul Hasan Papon who on several occasions openly stated that he had asked the national coaching staff to change the playing eleven. It is not how the business is run in any other cricketing nations, it has become the norm in country’s cricketing arena at present and there is very little chance that it will be changed.

There is a saying that goes around in BCB corridors that former head coach Chandika Hathurusingha managed to get his job done was solely due to the fact he understood very early that it was better to discuss his plans with Nazmul instead of following the protocol like going through the Cricket Operation Committee though he was supposed to be accountable to them.

Rhodes, however, failed to get that straight into his head immediately after joining the national set-up and when he eventually understood it was already too late.

While Nazmul never looked to be doing it with any questionable intentions apart from his love for the game but the fact remains that as the opinions comes from different directions it sows the seed of confusion and the inevitable question that follows is what is the point of having a national head coach in the first place if he cannot execute his plans with total freedom.

Absence of Mashrafe and Managing Seniors:

The absence of Mashrafe Mortaza in the national dressing room will surely be something that won’t be filled immediately and that will make the work even harder for the new head coach considering the inspirational skipper had been instrumental in making the dressing room comfortable for the coaches.

Mashrafe’s presence had a great impact on the mindset of the players and that used to make things easy for the head coach when it comes deliver his plans due to the fact others complied with it without any hesitation after watching their leader agreeing with it whole heartedly.

Then again there was fabulous five, Mashrafe, Tamim Iqbal, Shakib Al Hasan, Mushfiqur Rahim and Mahmudullah Riyad. More often than not, these cricketers had taken the burden of the majority of the  responsibility with Mashrafe pushing them to go beyond their limit in the ODI format that is known to be the most fruitful format for Tigers considering their success in the 50-over format.

While there will be no Mashrafe in the long run as he is considering retiring sooner than later, it is someone from the seniors who will take up the job with Shakib managing both Test and Twenty20. It is likely that he will be chosen to lead the ODI set-up.

It will be a completely new experience for both the new coach and captain to be on the same page. How both understand each other will make their journey together memorable like the way Mashrafe felt after ICC World Cup 2015 when he had a successful run at home beating India, Pakistan and South African and clinching their maiden series win over their superior opponents.

The man management skill of Mashrafe cannot be compared with others but the new head coach needs to make sure that whoever leads Bangladesh possess the same quality as it will be crucial for others to perform.

The competition among the seniors in the national dressing room is said to be one of the major reason behind the success of Tigers and new coach needs to make sure it remains that way as the remaining four is expected to play a big part in the coming days considering their vast experience. The coach also needs to make sure that these loyal soldiers despite their form must not feel unwanted as that had been the case with some seniors in the past. For that both coach and captain need to make them feel special because after spending so many years in the national dressing room it will be unwise to throw them right away in search of new blood.

While Bangladesh is dependent on the core group of cricketers comprising the seniors, it is often been a matter of concern that juniors are not sneaking into it despite being around for couple of years.

Apart from Mustafizur, none could fulfill the expectations and it is an area that needs to be emphasised as they are the ones who will carry the Tigers’ flag in the future.

According to local pundits, the amount of games Shakib and co played during their age-level is not something these players were privileged with and as a result though they are doing skill training, there is a lacking when it comes to execution in match situations.

A drive to make them play in the domestic tournaments can be a way out but the fact that the intensity in domestic circuit is far from what they are expected to face at international level but if the coach is present during their domestic season on most occasion at least he can observe how they respond to different situations.

More importantly the coach in company of national selectors must find out others who can pose some competitions to the youngsters as some believe lots of these young guns don’t have the fear of losing the spot due to the lack of capable players in the pipeline.

The performance of ‘A’ team during the Afghanistan series is surely disappointing but it can be a blessing in disguise as national selectors had understood they need to bring in new players under their periphery considering most of the players played against Afghanistan had played some sort of cricket at international level.

The new head coach needs to understand that he should be calculative while picking up players and importantly give them exposure rather than carrying them in with the squad the way Rhodes carried Abu Jayed Rahi in ICC World Cup 2019.

The request of Tamim Iqbal for a break in the recent past only justified the statement made by Shakib about rotational policy to keep the seniors fresh ahead of important assignments.

Whether rotational policy is the need of the day can be explored by the new man in charge as he is likely to come up with his own ideas and if that is the case, he needs to work with the age-level system very deeply considering he is likely to develop Bangladesh as a cricketing nation rather than just working on the success and failures of the national team.

BCB has already appointed former South Africa pacer Charl Langeveldt as the pace bowling coach, while Daniel Vettori is now the spin coach while they are also expected to extend the contract of Neil McKenzie and with new head coach in place, team management will be looking to take the team to another level with their expertise provided they can execute their plans without any pressure and with a single goal in mind.