Discussion on Bangabandhu, Bangladesh-India ties to be held 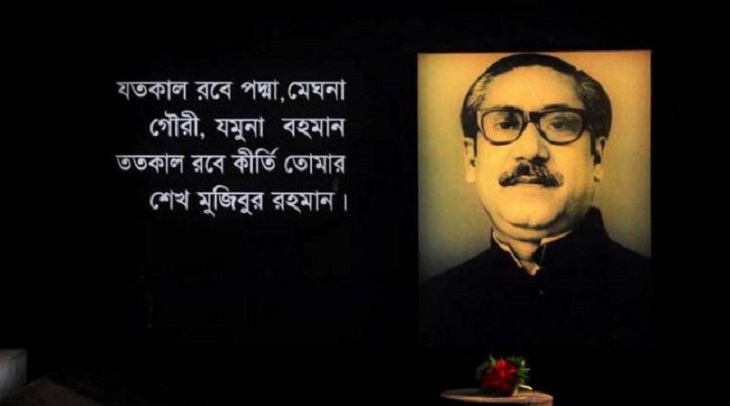 Bangladesh High Commission in New Delhi has taken up an elaborate programme to observe the National Mourning Day on August 15 commemorating the 44th anniversary of the martyrdom of Father of the Nation Bangabandhu Sheikh Mujibur Rahman, reports UNB.

On August 15, 1975 Bangabandhu, the greatest Bangalee of all time, was assassinated along with most members of his family at his Dhanmandi official residence in one of history’s greatest tragedies.

In New Delhi mission the day’s programme will start with the national flag lowered to half mast by High Commissioner Syed Muazzem Ali at the chancery premises in the morning.

A panel discussion on “Bangabandhu: The Architect of Bangladesh-India Relations” will be held at Maitree Hall of the chancery in the afternoon, said the High Commission on Wednesday.

The programme will also feature placing wreaths at a portrait of Bangabandhu, replicating the act of paying respect many will take part in Thursday.

A documentary on the life and political career of the great leader will be screened to wrap up the events.

The mission has published a special magazine edition titled ‘Bangabandhu Forever’, to mark the day.