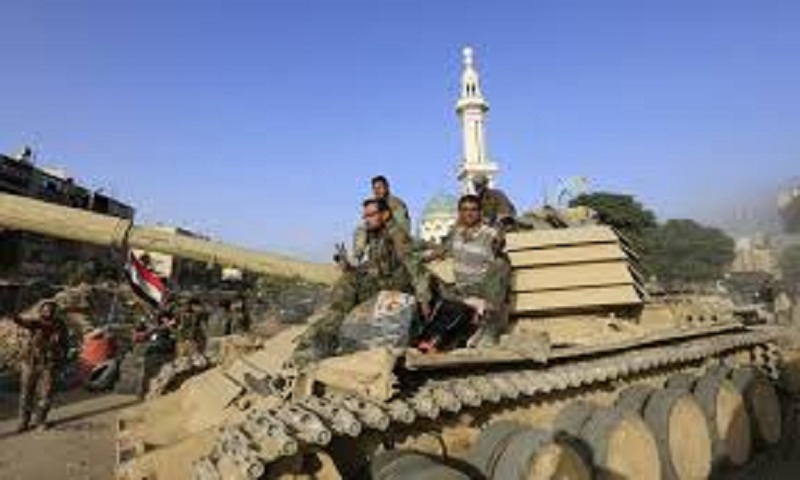 Syrian government forces captured two villages in the country's northwest early Wednesday, inching closer to a major rebel-controlled town that was the scene of a deadly 2017 chemical weapons attack, a war monitor and state media reported.

The capture of the villages of Tel Aas and Kfar Eyn puts Syrian troops now about 5 kilometers (3 miles) west of Khan Sheikhoun, one of the largest and most populated towns on the southern edge of idlib province, the last remaining rebel stronghold in the country.

The town is a stronghold of al-Qaida-linked Hayat Tahrir al-Sham, the most powerful group in rebel-held areas. It was the scene of a chemical attack on April 4, 2017 that killed 89 people.

At the time, the United States, Britain and France pointed a finger at the Syrian government, saying their experts had found that nerve agents were used in the attack. Days later, the U.S. fired 59 U.S. Tomahawk missiles at the Shayrat Air Base in central Syria, saying that the attack on Khan Sheikhoun was launched from the base.

Syrian troops have been on the offensive against main rebel strongholds in the north of Hama province and the southern districts of Idlib since April 30.

The three-month campaign of airstrikes and shelling has killed more than 2,000 people on both sides and displaced some 400,000. Over the past days, troops have intensified their offensive, capturing the town of Habeet on Sunday.