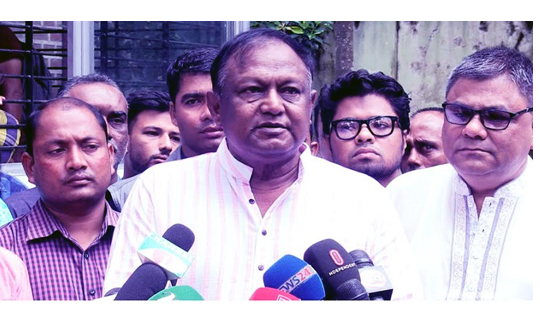 “We observed that rawhide price did not remain within acceptable level since the Eid-ul-Azha day and took decision to export for ensuring its fair price at grassroots’ levels,” Tipu said while talking to local journalists at his Central Road residence in the city.

Tipu said the government had fixed prices of rawhide considering its current market situation after consultation with tannery owners and animal
skin traders before the Eid-ul-Azha festivity.

“However, we observed that the rawhide price remained below the fixed prices and decided to bring an end to the situation by exporting the same to ensure fair price for animal skin traders at grassroots’ levels,” he said.

He suggested grassroots’ level skin traders at the union and upazila levels for preserving their purchased rawhide of sacrificial animals maintaining proper systems for few days so that they could get fair price with beginning of its export soon.

“The government has given open permission for exporting rawhide,” Tipu said regretting that a fewer number of traders generally take advantage of the situation when the government wants to do something better for the nation.

The Commerce Minister exchanged Eid greetings with common people, local leaders of Awami League and its associate bodies and journalists on the occasion.