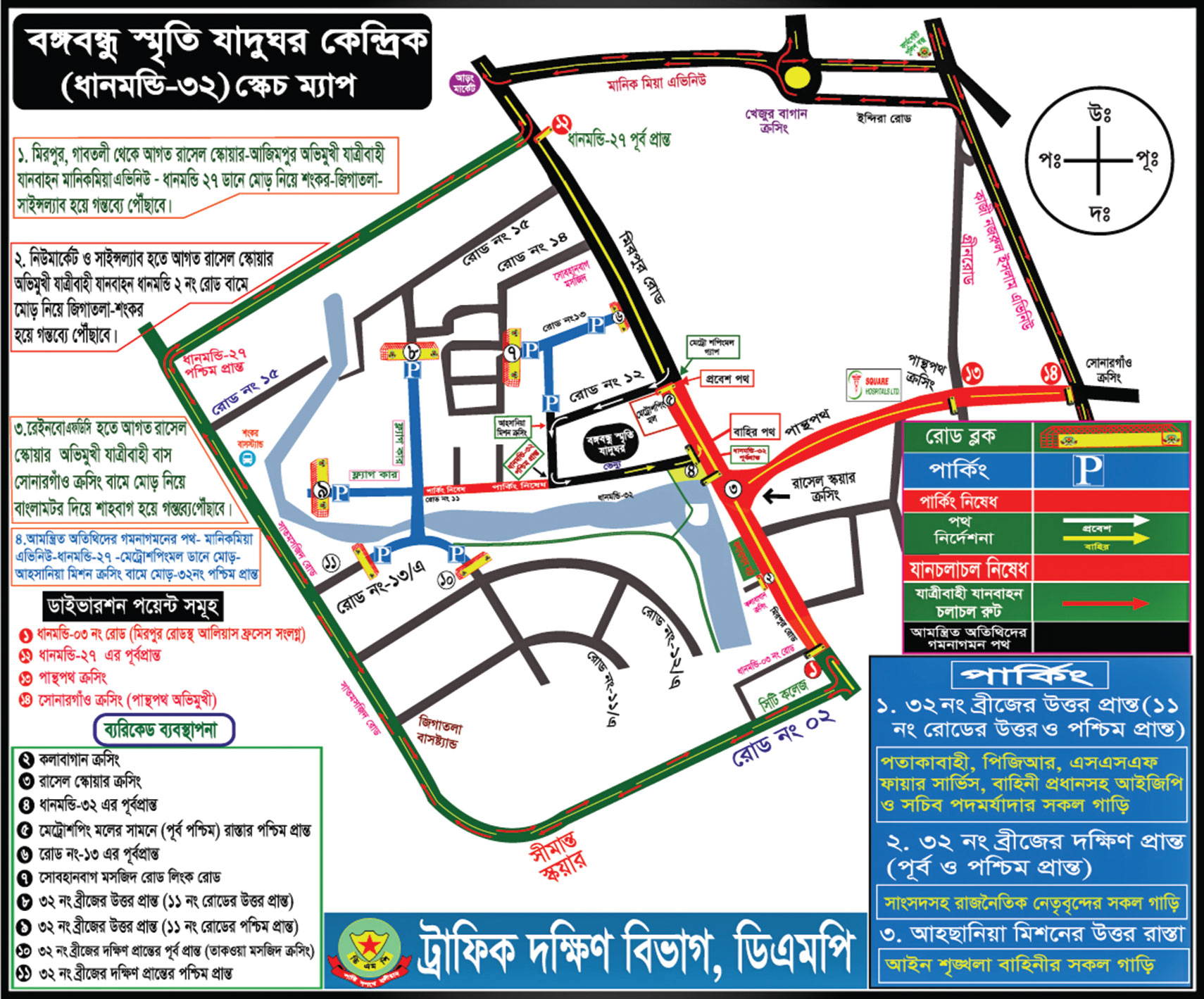 Dhaka Metropolitan Police (DMP) has taken unprecedented security measures in and around the capital ahead of the National Mourning Day, the death anniversary of father of the nation Bangabandhu Sheikh Mujibur Rahman, on August 15.

Security measures have been stepped up at Bangabandhu Memorial Museum at Dhanmondi 32 and Banani Graveyard in the city, said DMP commissioner Asaduzzaman Mia at a press conference after inspecting the security steps taken at Dhanmondi 32 on Sunday.

And as those areas will be monitored by closed-circuit television cameras and plainclothes detectives will be deployed there to ward off any untoward incident, he said, adding that several checkpoints will be set up in Dhanmondi 32 area and the visitors will have to go through electronic arches to enter the area.

Besides river police and members of Fire Service and Civil Defense will be patrolling the area and every resident living in Dhanmondi 32 will be monitored and searched, Mia said.

The DMP commissioner asked city dwellers to enter Dhanmondi 32 maintaining discipline and not to carry any types of bags, explosive substances and sharp materials.

The commissioner said that a huge number of law enforcers are now ceaselessly working  to curb criminal activities, including mugging and hijacking.

All types of vehicular movement from Sonargaon crossing, City College and Dhanmondi 27 to Dhanmondi 32 will be put on hold to tighten security, he said, adding visitors have to cross roads on foot.

He also urged the city dwellers to help law enforcers to maintain discipline.