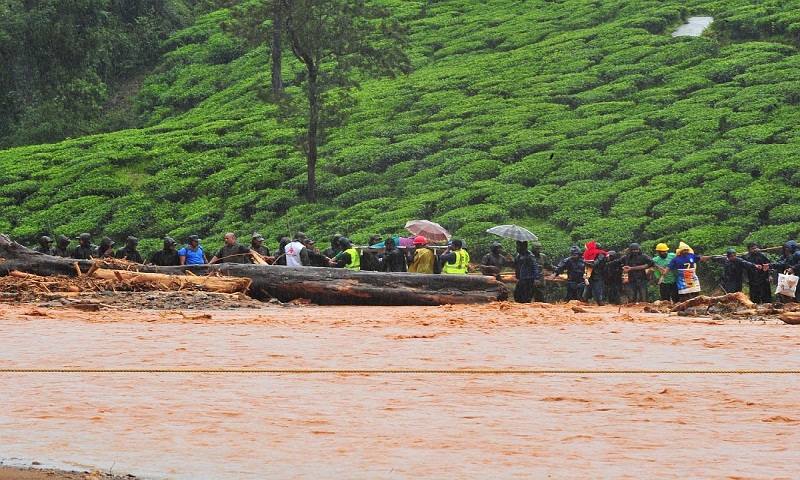 Ninety-five people have lost their lives across 14 districts in Kerala since August 8 in flood-related incidents in the southern state. At least 34 persons are injured while 59 others are still missing, reports The Statesman.

Rescue operations have resumed at full throttle as rains have reduced drastically since Monday.

Meanwhile, the weather department has predicted moderate to heavy rainfall with wind speed reaching 35 to 45 kmph very likely to occur at one or two places in Malappuram, Kozhikode and Kannur districts.

Chief Minister Pinarayi Vijayan has announced a compensation of Rs 4 lakh each to the kin of those killed in the floods.

Meanwhile, the Centre has sanctioned Rs 52 crore immediate assistance to Kerala, while the state government has sanctioned three-month free ration for the victims of the natural disaster.

This was announced by Minister of State for External Affairs V Muraleedharan. Medicines worth Rs 4 crore would also be sent, he added.

Kerala Minister for Food and Civil Supplies P Thilothaman said in the state capital on Tuesday three-month free ration would be provided to flood victims.