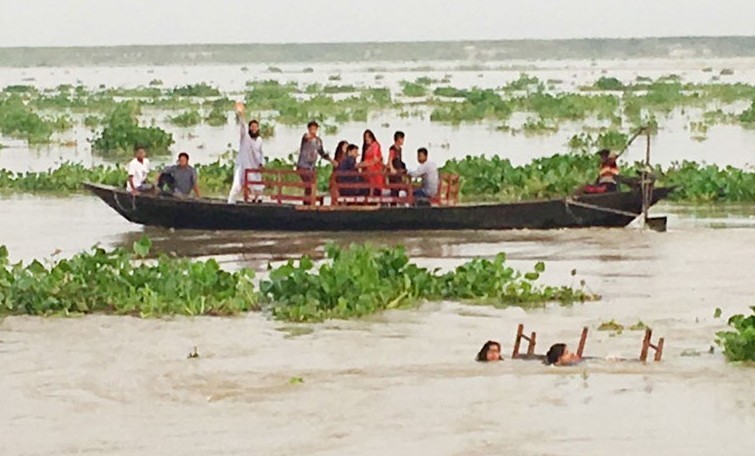 Two people were killed and six others went missing as a boat carrying wedding party capsized in Jamuna river in Kazipur upazila of Sirajganj on Wednesday noon.

The identities of the deceased and missing people could not be known yet.

The incident took place at remote Sinnar Char area of Mansur Nagar union of the upazila this noon.