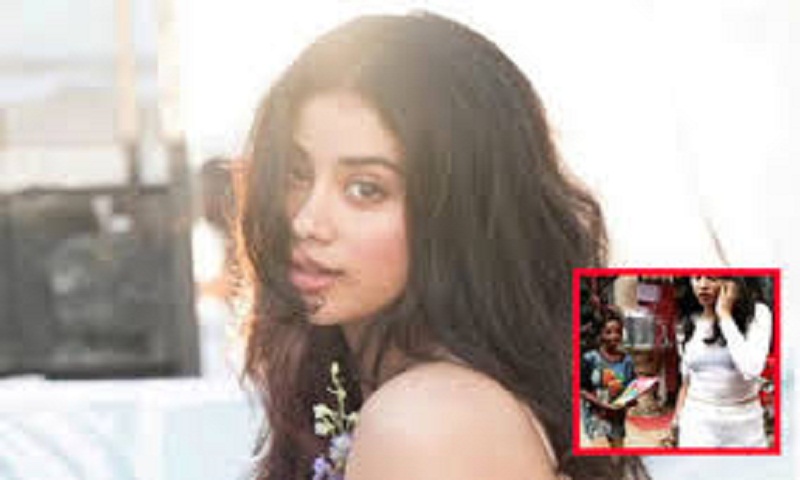 Actor Janhvi Kapoor ‘s act of kindness on mother Sridevi’s birthday has impressed her fans and left Twitter applauding. The Dhadak actor was on one of her gym outings and even as cameras clicked around her, she was being followed by a street child.

The video shows Janhvi moving towards her car as a kid repeatedly asks her to either buy a magazine from him or give him some money. As she gets seated in the car, she looks for her purse. Unable to find the money, she borrows some from her driver, hands it over to the kid and waves him goodbye.

Impressed by her gesture, a fan wrote, “This is a reflection of Sri ji’s teachings. You can call her names, but one thing you can’t deny is that she has a kind heart. Sri is proud from heaven.” Another wrote, “An act of kindness, no matter how small, is NEVER wasted. This is the teaching Sri gave her kids...” One more fan wrote, “Now you are young but i hope in future you will do something for unprivileged kid.”

Janhvi had recently visited the Tirumala Tirupati Temple in Andhra Pradesh on her mother and actor Sridevi’s birthday. She had shared a photo from the shrine where she dressed in a traditional south Indian attire and was joined by one of her friends.

She had also shared a post remembering Sridevi. “Happy birthday mumma, I love you,” Janhvi had written with a photo of the late actor, reports Hindustan Times.