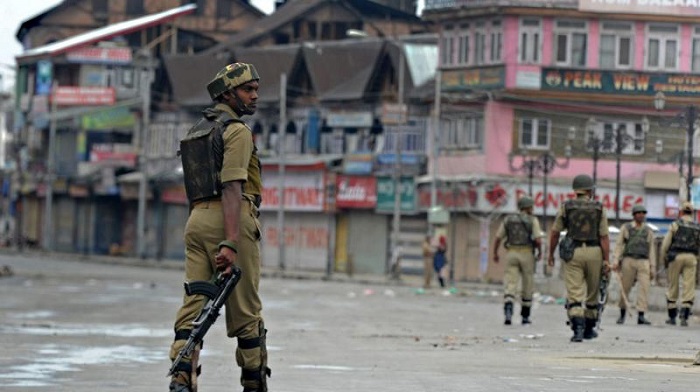 Muhammad Akbar was running a sweet shop in Srinagar’s Khanyar area for the past two decades and more. He lived with his family of four in a rented room in the same roadside building. The turbulence that has been an inseparable facet of Kashmir’s everyday life for years never bothered him. He and his family endured even the 2016 post-Burhan Wani killing unrest, the most difficult period seen in the Valley in the past decade.

A day after Parliament approved a resolution abrogating the special status for Jammu and Kashmir under Article 370 of the Constitution and a bill for splitting the state into two Union territories, thus also removing the legal impediments in owning of land and other immovable properties in the region by non-locals, Akbar, a resident of Bijnour (Uttar Pradesh) told a local resident: “Ab mujhe yahan sey koi nahi nikaal sakta hai (Now, no one can evict me from here)”.

The word spread quickly. The very next morning, Akbar was visited by his landlord who asked him to vacate the premises within 24 hours. His plea that whatever he had said was only a mazakh (joke) went unheeded. Akbar and his family were soon out on their ear.

Days before J&K was disempowered, downgraded and divided, the state authorities had in what later turned out to be a manoeuvre asked tourists and Amarnath pilgrims to leave Kashmir in view of the “prevailing security situation” and imminent “terror attacks”. With that, thousands of families holidaying in the scenic Valley and also many pilgrims waiting in Srinagar, Pahalgam

and Sonamarg to undertake the journey through the rugged hills to the revered cave-shrine in the Himalayas started leaving the Valley. Also making tracks with them were a number of seasonal labourers from different states of the country working in the Valley.

In summer, Kashmir also becomes home to tens of thousands of seasonal labourers, small-time traders and other workers, mainly from Bihar, Uttar Pradesh and West Bengal. They come to the Valley to earn better wages in affable work and weather conditions. There were roughly 400,000 such “non-locals” in the Valley prior to August 2 when the state home department issued the “advisory” to tourists and Amarnath pilgrims, asking them to cut short their trip and return to their states “as early as possible”.

While a few thousand panic-stricken seasonal labourers also headed for home in whatever means of transport was available, hundreds others were coerced by the security forces to leave. However, a majority of the non-local workforce chose to stay put, ostensibly in the hope that things will return to normal soon.

But with the Valley and some other parts of the region having been pushed into a chaotic situation due to the prolonged clampdowns and complete communications blockade, thousands more started leaving the Valley in the past 10 days. Most of them moved out on their own but there were many instances when they were asked to leave by locals. Like Akbar, Moulvi Tassaduq Hussein (name changed), who served as the imam at a mosque in Srinagar’s Buchpora locality for the past 32 years, had no option but to leave after he was told by a group of local youth to do so, or face the consequences. “He was along with his family putting up in a small house ‘gifted’ to him by a local medical practitioner, but couldn’t have ownership rights over it due to the existing law,” said a resident.

Officials said about one lakh such seasonal or migrant labourers reached the railway stations in Jammu and Udhampur and Jammu’s bus terminus from the Valley over the past few days to undertake the onward journey to their respective states. Northern Railway is running special trains and adding additional coaches to all routine services to meet the rush, officials said. Both Muslim and non-Muslim labourers are bearing the brunt.

Back in the Valley, there is growing apprehension among locals that the main motive behind the Centre’s scrapping of Articles 370 and 35A could be to pave the way for “outsiders” to get their hands on the land and other immovable properties in J&K in the run-up to changing the demography of the Muslim-majority state. Sections of population in the Jammu region are also equally worried over the turn of events.

Against this backdrop, senior BJP leader and former Speaker of now defunct state Assembly Nirmal Singh has assured the people that his party is trying to persuade the Centre to put in place a provision of “domicile” requirement for various purposes like the purchase of land to protect the interests of citizens of J&K. This, he said, could be a provision under which a person who wants to buy land or seek a job in a government office or agency should have lived in the state for a certain period of time, as is the arrangement in Himachal Pradesh and some other states.