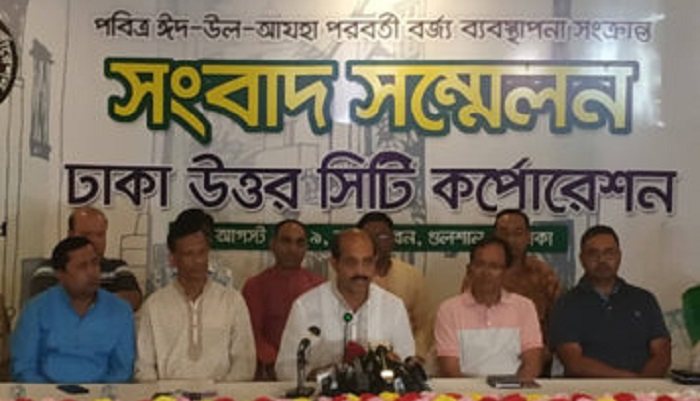 The authority of Dhaka North City Corporation (DNCC) removed 13,234 tonnes of wastes of sacrificial animals by 1:00 pm on Tuesday.

As many as 9,500 cleaners worked for disposal of the wastes from yesterday (Monday).

DNCC Mayor Md Atiqul Islam informed this at a press conference at the DNCC Bhaban at Gulshan in the capital.

“DNCC cleaners removed the animal wastes from the slaughtering spots and residences in the city corporation areas by 1:00 pm today,” said Atiqul Islam,

He said they are pondering to use the animal wastes for power generation instead of dumping those in the coming days.

The mayor said over 2.5 lakh sacrificial animals were slaughtered in the DNCC areas during this Eid-ul-Azha.

Some 273 spots were fixed for slaughtering of the sacrificial animals, he said adding that this year the number of slaughtering of animals in the designated spots has increased compared to the previous years.