Light to moderate rain or thundershowers have also been forecast 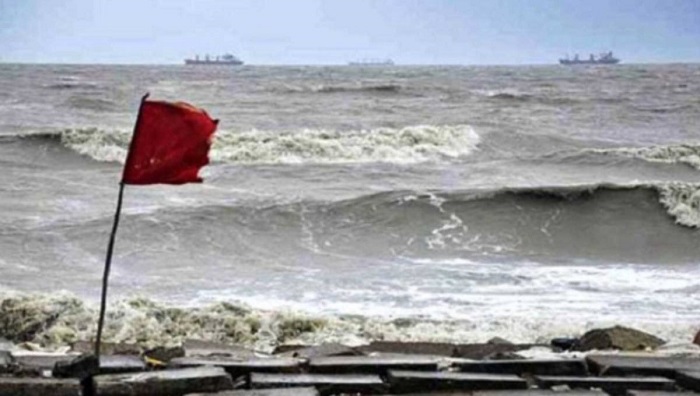 Maritime ports of Chattogram, Cox's Bazar, Mongla and Payra were advised to keep hoisted local cautionary signal No 3 on Tuesday.

Fishing trawlers and boats have been asked to remain close to the coast until further notice.

A low has formed in the north-western Bay of Bengal and adjoining areas. It may cause stormy winds over the coastal, North Bay, and sea ports, a PID handout said, quoting a report of the National Disaster Response Co-ordination Centre under Disaster Management and Relief Ministry.

Weather forecast until 6 pm said the areas might be hit by rain with winds of up to 80km per hour or thundershowers accompanied by gusty winds.

Meanwhile, river ports in Tangail, Mymensingh, Sylhet, Dhaka, Jashore, and Kushtia regions have been advised to hoist signal No 1.

The weather forecast for the next 24 hours (starting 9 am) said the southwest monsoon is active over Bangladesh and is moderate to strong over North Bay.

Some regions may be hit by moderate to heavy rain.