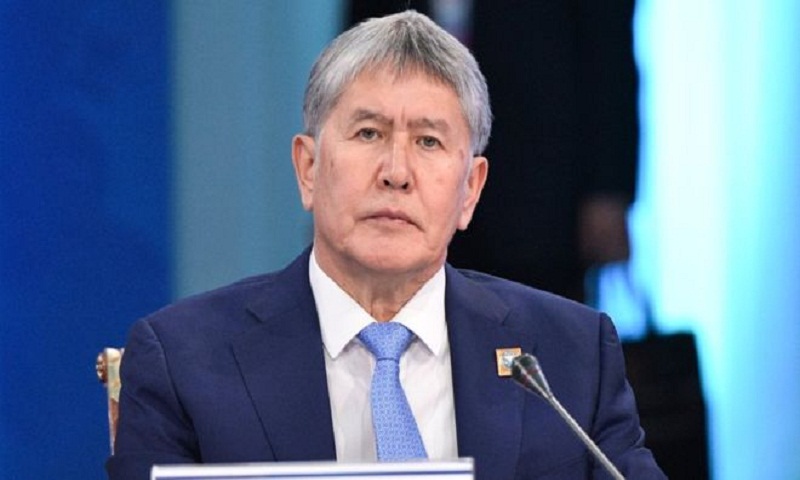 Kyrgyzstan's former President Almazbek Atambayev has been charged with murder and plotting a government coup.

He has also been accused of organising mass unrest and hostage-taking.

Mr Atambayev was arrested last week in a dramatic police raid on his house that left one officer dead.

The Central Asian state has seen two revolutions in less than two decades and is caught in an escalating conflict between the ex-president and his successor Sooronbai Jeenbekov.

The head of the National Security Services, Orozbek Opumbayev, said the former leader had the "intention to organise a state coup".

Mr Atambayev's dramatic detention after two raids on his compound on 7 and 8 August saw one officer killed and six officers held hostage by his supporters before he finally surrendered.

Some 80 people were injured and 53 others hospitalised during the operation.