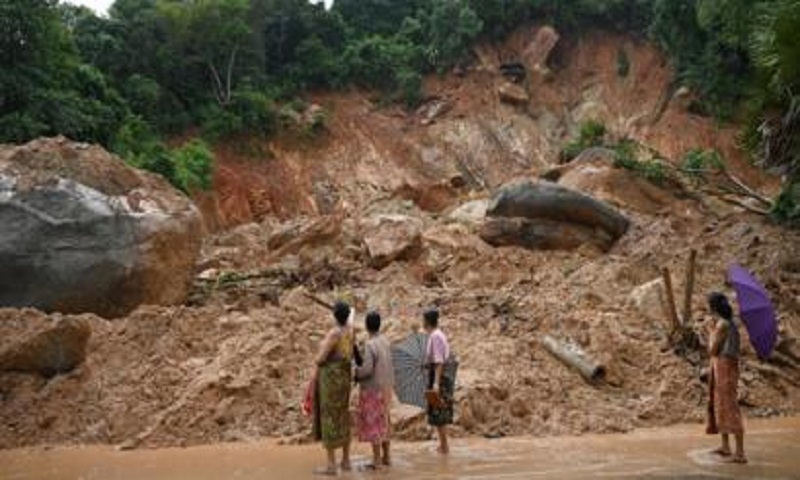 The death toll from a landslide in south-eastern Myanmar has risen to 59, authorities say.

The landslide occurred in Mon state on Friday following days of torrential rain. Rescue efforts have been hindered by mud and downpours.

More than 80,000 people are sheltering at evacuation sites across the country, the UN says.

Rescuers are continuing to search for victims of Friday's landslide, which destroyed 27 homes in one village in Paung township.

Many states in Myanmar have been affected by the floods but Mon appears to have been the most badly hit.

Vice President Henry Van Thio visited the area on Monday and pledged that more boats would be deployed in rescue efforts.