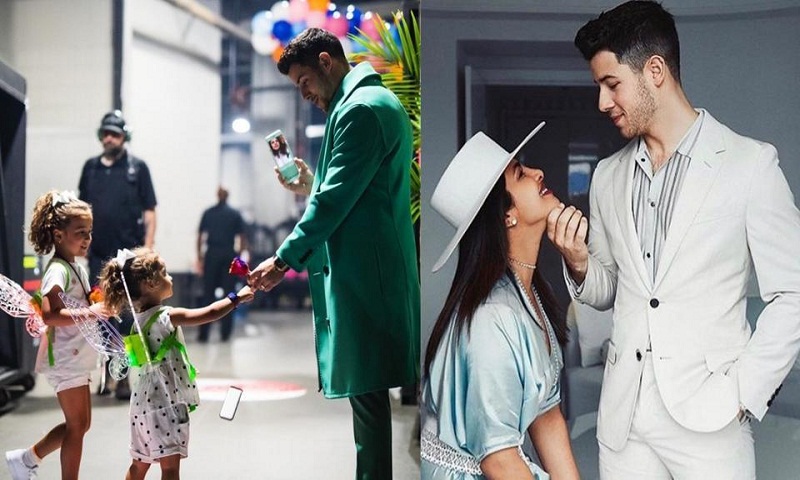 Actor Priyanka Chopra and husband Nick Jonas are in love and not afraid to say it. If the photos of their PDA land on our screens every other day, the actor in a recent interview to ET Online said her husband is super attractive to her at all times. On being asked about her reaction to fans trolling Nick over his dad-bod seen during her birthday vacation in Miami last month, she said, “I’m really not someone who concerns myself with people’s opinions. I’m kind of like the ‘live your life your way’ kind of girl and I think so is he. And if people can find something to say about Nick’s body, God help us.”

She also revealed that Nick always insists to look at her face every morning. She said, “It’s actually really annoying, but he insists on looking at my face when I wake up. I’m just like, ‘Wait one minute. Let me just go get a little mascara on, let me put on my moisturizer. I’m, like, sleepy-eyed face right now, but he’s just ... it’s amazing and super sweet.”

Calling him the perfect husband, she added, “That’s what you want your husband to do. But it’s also, like, a little awkward. OK. He’s like, ‘Let me stare at you, you aren’t even conscious yet.’ Like, literally, I’m not even, I’m not joking. It’s really wonderful.”

Priyanka had accompanied the Jonas Brothers on their Happiness Begins tour in Miami and cheered for them during the concert. Talking about juggling their busy schedules, Priyanka said, “We have a rule. We don’t go beyond, like, a week and a half of not seeing each other. Both of us have such individual careers that we make a deliberate attempt to at least always [meet] wherever in the world we [are].”

Nick Jonas, who recently flew to Georgia for the next leg of the tour, shared a touching post on Instagram. Sharing a picture from his facetime with Priyanka while he was with his nieces (brother Kevin’s daughters Valentina and Alena), he wrote, “I can’t believe @jackgorlin actually caught this moment. Just a few minutes before taking the stage tonight in Atlanta tonight FaceTiming my beautiful wife @priyankachopra while getting a good luck rose from my nieces Alena and Valentina. #HappinessBeginsTour.”

Priyanka reacted to the video saying, “Hubs (hubby)” with a kiss emoji in the comments section. While Nick is seen holding his cellphone showing Priyanka’s image during their video chat, his nieces are seen wearing angel wings as they hand him a red rose.