Chandimal in focus as New Zealand eye another Asian scalp 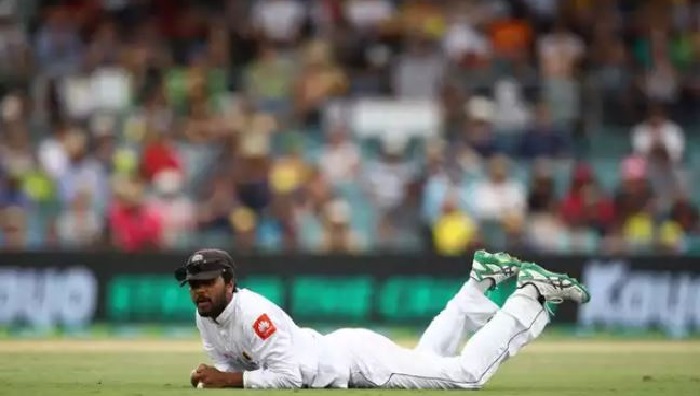 Exactly one month after conceding the World Cup in a heartbreaking fashion, New Zealand are back again on the international scene, this time in the longest format.

While the cricketing world will largely have its focus on the second Ashes Test commencing on the August 14 at the same venue where New Zealand suffered the heartbreak, Kane Williamson & Co. will look to slip under the radar and bag their second consecutive series in the sub-continent.

Not many teams have stood up to Pakistan in the UAE in Tests. The Asian giants have built a fortress over there but New Zealand defied the odds last year and defeated them 2-1 in memorable fashion.

It also happens to be their only away series in the last three years with the rest of the Test victories coming at home. And around the same time, when they made history in the UAE, Sri Lanka, who themselves enjoy a proud home record, were blanked 3-0 by the visiting English side that put the island nation under more misery. But in their most recent Test assignment, Sri Lanka scripted one of the greatest upsets in Test history when they beat South Africa 2-0 in South Africa.

Confidence-wise, both teams can draw inspiration from some of their recent results but the hosts will be extra motivated to ensure an England does not occur. For Sri Lanka, to bolster their chances, they will be welcoming former skippers Dinesh Chandimal and Angelo Mathews back into the playing XI. Chandimal, in particular, will have a major point to prove after falling down the pecking order in recent times. Once touted as one of the brightest batting talents in Sri Lanka, he lost his way with the bat and was not picked for the series in South Africa.

The 29-year-old missed the ODI World Cup as well and even though he hasn't done anything substantial in the domestic scene recently, the selectors have backed him to come good in what is expected to be an important phase in Sri Lanka's history. With both teams picking only three pacers in the squad, expect not more than two to feature in what is expected to be a spin-fest at Galle. Unfortunately, rain could play spoilsport on most of the days in brief spells but hopefully, that doesn't wipe out the possibility of a result.

What to expect: Brief spells of shower expected on most of the days. The last time a Test was played at this venue, spinners accounted for 28 wickets, so expect both sides to predominantly fill their bowling attacks with spinners.

Sri Lanka: While Mathews and Chandimal are expected to walk back into the XI, it will be interesting to see who they replace. On the bowling front, will the hosts be tempted to include Akila Dananjaya who has returned after remodelling his action?

New Zealand: They will look to go with the same combination that fetched them success in the UAE late last year.