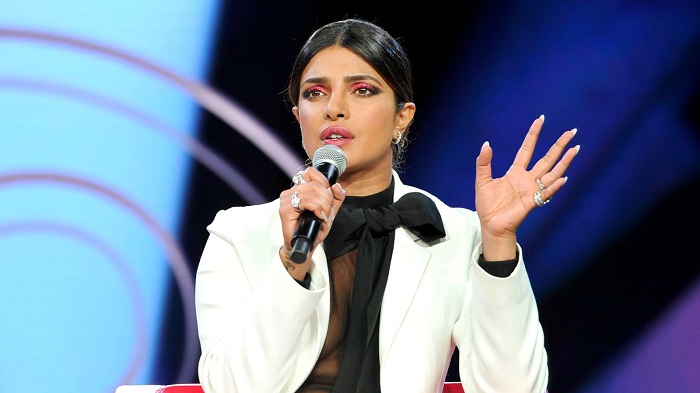 Actress Priyanka Chopra has been called a hypocrite and accused of "encouraging nuclear war" over a tweet she posted supporting Indian armed forces amid escalating tensions with Pakistan.

The Indian star, a former Miss World who made her name in Bollywood before moving to the US, was questioned by a woman in the audience during a Q&A at a cosmetics event in Los Angeles.

The woman, who later named herself on Twitter as Ayesha Malik, was handed the microphone to ask a question at the BeautyCon event.

"It was kind of hard hearing you talk about humanity, because as your neighbour, a Pakistani, I know you're a bit of a hypocrite," Ms Malik said.

She cited a tweet sent by Chopra's official account on 26 February in which the actress wrote "Jai Hind", meaning "victory to India".

Nuclear-equipped India and Pakistan have already fought two wars over the legitimacy of Kashmir and the area has been a source of continued tension since independence in 1947.