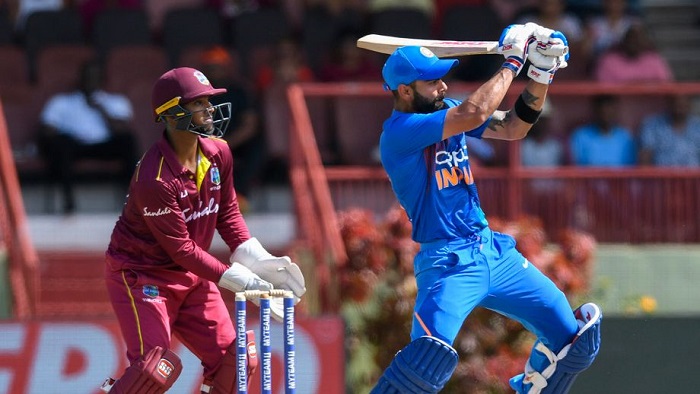 Virat Kohli scored his 42nd ODI century in Port of Spain against West Indies. Here are some the milestones he passed on his way there.

8 - Number of centuries for Virat Kohli against West Indies in ODIs. Only Sachin Tendulkar has more hundreds against a single opposition, which is nine against Australia. Kohli has eight tons against two other teams - Australia and Sri Lanka. Tendulkar also has eight hundreds against Sri Lanka. No other batsmen have more than seven centuries against a single opposition.

34 - Innings taken by Kohli to complete 2000 ODI runs against West Indies, which is the least by any batsman against a single opposition. The previous record was 37 innings by Rohit Sharma against Australia. Kohli is the first batsman to score 2000 runs against West Indies. The previous record was 1930 by Javed Miandad, whom Kohli passed in this innings.

8 - Kohli is now the eighth highest run-getter in ODIs. He went past Sourav Ganguly's tally of 11,363 runs in this innings to take eighth position. Now only Tendulkar sits above him among Indian batsmen on the list.