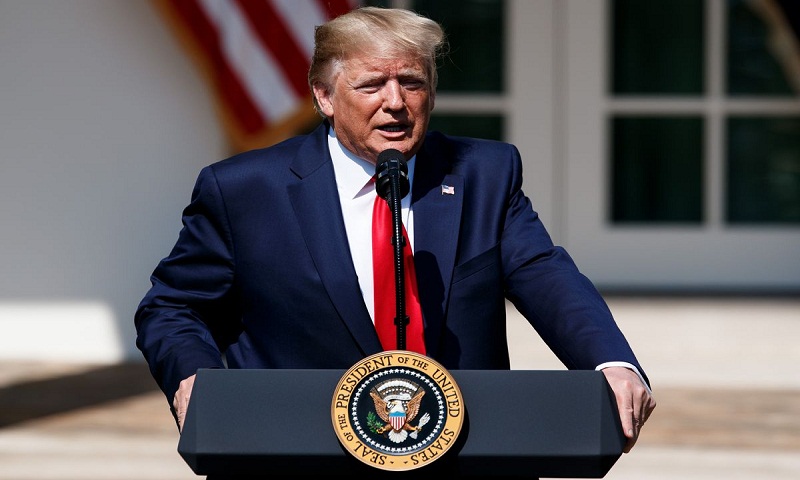 US President Donald Trump has called Hollywood “racist” adding that the industry was doing a “disservice” to the country.

Donald Trump made these comments outside the White House on Saturday morning in connection with a recent controversy surrounding the satire thriller film, The Hunt, directed by Craig Zobel, which he followed-up on social media.

“Liberal Hollywood is Racist at the highest level, and with great Anger and Hate! They like to call themselves ‘Elite,’ but they are not Elite. In fact, it is often the people that they so strongly oppose that are actually the Elite. The movie coming out is made in order…. to inflame and cause chaos. They create their own violence, and then try to blame others. They are the true Racists, and are very bad for our Country,” Trump wrote on his official Twitter handle.

His comments on Hollywood were prompted by a question on Twitter, reported variety.com.

“Hollywood — I don’t call them the elites, I think the elites are the people they go after in many cases. But Hollywood is really terrible,” he said, quoted variety.com. “You talk about racist — Hollywood is racist. What they’re doing with the kind of movies they’re putting out, it’s actually very dangerous for our country. What Hollywood is doing is a tremendous disservice to our country,” he said in his address.

Trump did not cite The Hunt by name. The reference was to attacks on white people.

Donald Trump had earlier levelled charges of racism against filmmaker Spike Lee and TV show host, Tavis Smiley. He had even questioned the ABC network for airing Black-ish calling it “racism at the highest level.”

After the statement, Trump returned to the subject of alleged censorship of conservatives on tech platforms like Twitter.

“They treat conservatives — Republicans — totally different than they treat others, and they can’t do that,” he was quoted.

Trump has been under fire for his comments in the wake of the El Paso shooting that occurred on 3 August. The shooter, Patrick Crusius, a 21-year-old white man, had issued a manifesto stating that he had acted in response to the “Hispanic invasion of Texas.”