Jaya, Prosenjit in Atanu Ghosh’s next? 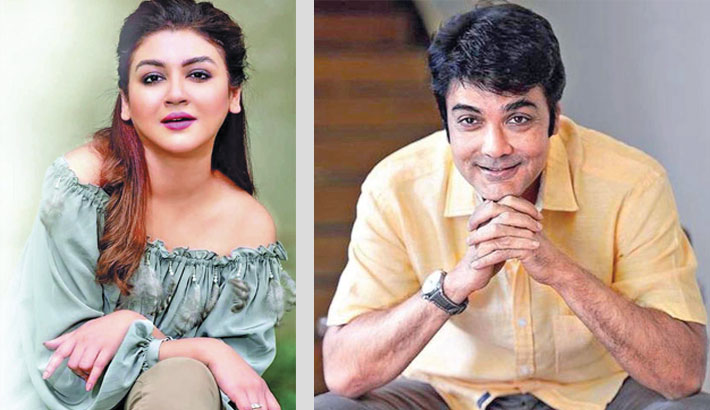 After Mayurakshi, which was adjudged the Best Bengali Feature Film at the 65 National Film Awards, Kolkata’s actor Prosenjit Chatterjee is all set to pair up with Atanu Ghosh for the director’s next. Talks are on with Jaya Ahsan to play the female lead. This is the first time that the Bangladeshi actress will work with Prosenjit, reports Times of India.

Though the Tollywood superstar did not open up on the storyline, he confirmed the news of working with the director. “It is true that after Mayurakshi, Atanu and I will be working together again. We are toying with two-three ideas but haven’t locked the final script yet. We have to look into the production logistics before zeroing in on the script. I love the sensitivity and finesse in his stories. The way he deals with the intricacies and complexities of the human mind is praiseworthy and this time too we will see such nuances in this yet untitled film,” said Prosenjit.

In Mayurakshi, Prosenjit played a middle-aged man, Aryanil, with a history of failed marriages, who visits his ailing father, a renowned historian (Soumitra Chatterjee).

Talking about their venture, Atanu said, “Whenever I work with Bumbada (Prosenjit), the first thing that comes to my mind is that we must live up to the expectations generated by Mayurakshi. It is something that got us so much of acclaim from the general audience and critics alike, which left us honoured and privileged. So, there’s a sense of concern in whatever we do together. I am always interested in the intricacies and complexities of the human mind pitted against contemporary society. In the two stories I have been toying with, there is a lot of novel exploration, the kind I have not attempted so far, with dubious life and strange intrigue playing a very crucial role. Let’s see if any of them materialises.”

After Mayurakshi, Atanu completed Binisutoy with Jaya and Ritwick Chakraborty. The film is about two strangers and the bond they share. Said a source from the industry, “Atanu is set to bring together two of his favourite actors — Prosenjit and Jaya. The film is an unconventional relationship story that also has thriller elements. The actors have not signed on the dotted lines, even though they have heard and liked the story. Jaya is currently in Bangladesh and will visit the city soon.” If all goes well, shoot of the film will begin in September.