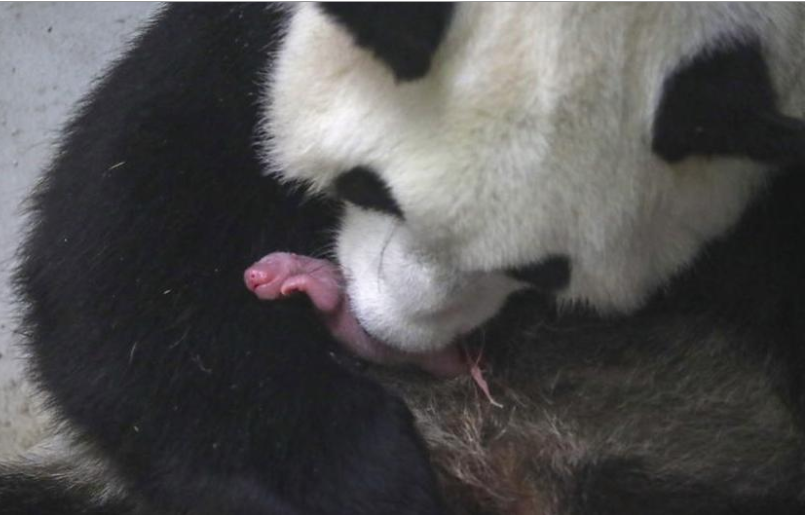 A Belgian zoo announced Friday the “extremely rare” birth of twin baby giant pandas, three years after the arrival of a young male, which was a first for Belgium at the time.

The Pairi Daiza zoo said the safe delivery of the twins, one male and one female, on Thursday represented a “new hope” for the charismatic black and white bear, of which fewer than 2,000 now live in the wild, according to the World Wildlife Fund.

The mother Hao Hao showed signs of going into labour on Wednesday evening and gave birth to the 160-gram male baby on Thursday afternoon, under careful monitoring by Belgian and Chinese experts, followed by the female, weighing 150 grams, two hours later.

“This double birth is marvellous news for this extraordinary species,” said Eric Domb, president of the zoo.

“We are very proud... the birth of these two babies is a tremendous reward for the huge work carried on every day by all our teams.” Pairi Daiza said the next few days would be crucial for the twin’s survival and they will be kept under constant watch to make sure Hao Hao feeds and cares for them properly.

To give the new mother a rest, keepers will put one of the babies at a time in an incubator and feed it with a bottle, but the zoo warned there may not be a happy outcome for at least one of them.

“When you have twin births with giant pandas -- extremely rare in nature as well as among humans -- one of the babies often dies,” the zoo said.

On a 15-year loan from China, Hao Hao and her mate Xig Hui were feted on their arrival in Belgium in 2014 and quickly became one of the main attractions at Pairi Daiza.

Their first baby was born in June 2016 and names Tiao Bao, or “treasure of heaven”.

Giant pandas are notoriously tricky reproducers and Pairi Daiza is funding a Belgian researcher as she seeks to develop a test that would allow scientists to tell the difference between the “false” pregnancies pandas sometimes exhibit and real ones.