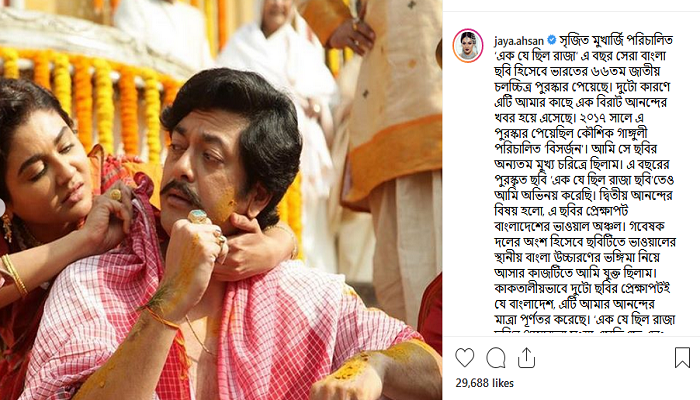 The members of the Jury Board announced the 66th National Film Awards on Friday at Shastri Bhawan in New Delhi.

Jaya also conveyed her heartiest congratulation to SVF and the entire team of film production of ‘Ek Je Chilo Raja’.

Usually, the authorities announced the award in April and handed over the prizes on May 3 every year. But, the announcement of the award delayed this year due to Indian Parliamentary election.

The Indian National Film Awards were launched in 1954. This award is considered as one of the most honourable to the various media industries of India.