Spider traps, then eats bat in its web 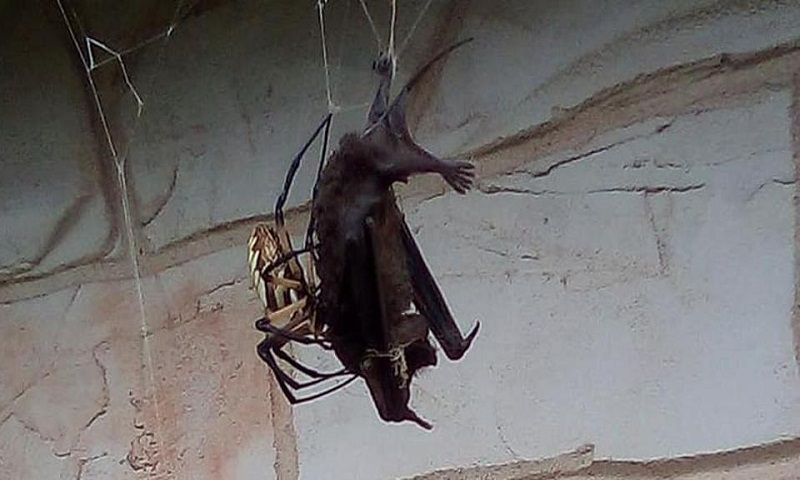 If you’re scared of spiders, these photos and a video shared on Facebook will probably leave you with nightmares. They show a spider eating a bat trapped in its web. A Texas woman witnessed the creepy scene at her home and later shared it on Facebook. It has since left many feeling uneasy and chances are they’ll make you uncomfortable too.

Facebook user ‎‎Annette Alaniz Guajardo shared the hair-raising incident on Facebook on Thursday. “On my way to work yesterday morning, I saw this on the side of our house,” she wrote on the social networking site.

Things only got worse by the time she returned. “Came home from work that day and the bat was dead,” she added.

In the terrifying images, the bat can be seen trapped in the spider’s web.

Just a few days back, a horrifying video of a Komado dragon devouring a giant monkey was shared online and left several people feeling uneasy. In another incident, a month ago, a man captured images of a 13- foot- long python gobbling down an alligator as its meal. He posted the pictures on Facebook and they went completely viral, reports hindustan Times.