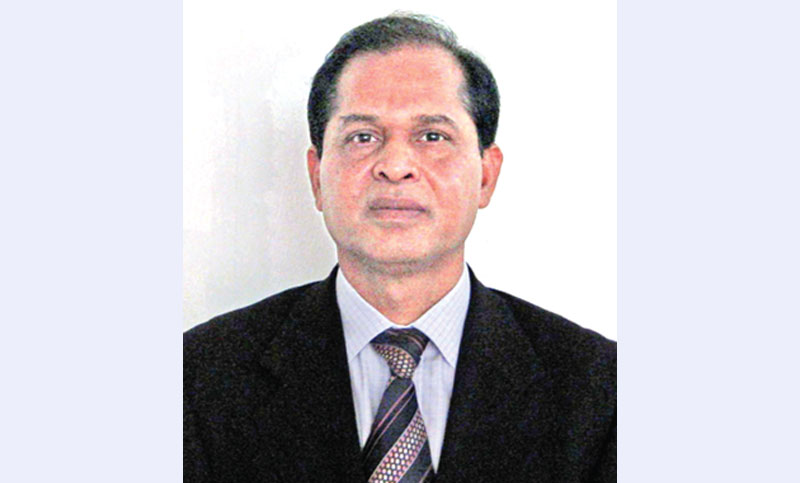 In the last week of July 2019, a 19-member Myanmar delegation, headed by the country’s Foreign Secretary Myint Thu, visited Rohingya camps in Kutupalong, Cox’s Bazar to talk to the Rohingyas concerning their repatriation to their homeland. In addition, the delegation, for the first time, was accompanied by a 5-member ASEAN observer group. As indicated by the Myanmar delegation, the purpose of their visit was to motivate the Rohingyas staying in Bangladesh to return to Rakhine and such efforts would also continue in future. They have talked to the Rohingyas for encouraging them go back to Myanmar considering the existence of a favourable situation there. Both the delegations held meetings with several groups including a group of Hindu Rohingyas.

After all these discussions, the Chairman of the Arakan Rohingya Society for Peace and Human Rights said that they have placed their demands to the Myanmar delegation for their repatriation which includes ensuring their citizenship and freedom of movements. But, so far we understand, the Myanmar delegation has not said anything about their citizenship, though they talked about other things like health, education or social services. Then, what does it mean? There remains something gloomy. And that is about their right of citizenship. The Myanmar government, if it is really honest and sincere, should clarify this important point which will encourage the Rohingyas return to their ancestors’ house.

Ending their visit to the Rohingya camps, both the delegations returned to Dhaka and had meetings with the officials of the Bangladesh government. At a joint press briefing following that meeting, the leader of the Myanmar delegation said that he had asked the Rohingyas to consider their return to Myanmar. He further informed that Myanmar is ready to welcome the Rohingyas. While joining the briefing, the Acting Foreign Secretary of Bangladesh said that Naypyidaw must generate trust among the Rohingyas for their spontaneous return. If that trust is not there, the Rohingyas will not be encouraged to return.

In that case, Bangladesh cannot forcibly push them back. But how long would Bangladesh continue sheltering the Rohingya population of Myanmar? Is Bangladesh capable of shouldering this burden for unlimited time? We should also think about the crisis in that way in view of the ongoing repatriation drama of the Myanmar government.

On this issue, the Foreign Minister of Bangladesh, Dr AK Abdul Momen, while talking to media people on another occasion, said that they should go back to their motherland to realise their rights and they should understand that it would not be possible to realise their rights (citizenship) unless they were not there. However, he has mentioned that Bangladesh wants safe return of the Rohingyas. In this context, a question comes automatically in our mind: If the Myanmar government grants them citizenship at all once they arrive in Myanmar on good faith without confirming their citizenship in advance. We can trust a liar, but it might be difficult to trust the so-called military backed government of Myanmar.

Just two days before the visit of the Myanmar delegation to Bangladesh, the Malaysian Prime Minister Tun Dr. Mahathir Mohamad, while visiting Turkey, in an interview with Turkey’s Anadolu Agency on 26 July 2019, said that Myanmar’s Rohingya had faced a genocide during brutal military-led crackdown in Rakhine state in 2017 and that those who fled their homeland should be granted the right to citizenship or given a self-governing territory. However, Myanmar government has denounced Dr. Mahathir’s comments calling it violation of ASEAN’s non-interference policy. Mahathir’s comment might increase the pressure on Myanmar from the ASEAN bloc.

We can recall, a few weeks back, US Congressman Bradley Sherman had proposed attaching the Rakhine state with Bangladesh in a bid to resolve the Rohingya crisis. In response, the Bangladesh Prime Minister Sheikh Hasina has said, "We have our borders and we are happy with it. We completely disagree with adding another country's territory to ours. We will never take it." Instead, Sheikh Hasina had requesteded Mr. Sherman to urge Myanmar to take back its citizens. If Bradley Sherman can do something on that, it would be a big humanitarian act. Bangladesh believes in peaceful co-existence with all states and in particular with the neighbours. That’s why Bangladesh has been seeking the support of the international community to press Myanmar government for the repatriation of Rohingyas.

Very recently, the UN investigators, on 5 August 2019, have urged world leaders to impose targeted financial sanctions on companies linked to the military in Myanmar. The UN fact-finding mission has requested the world community to sever all ties with companies linked to the armed forces and to implement a complete arms embargo. The report, for the first time, has come out with a clear picture of the involvement of specific European and Asian companies. The team leader has said that it is a violation of UN treaties and UN norms. They have identified at least 59 foreign companies with some forms of commercial ties to the Myanmar military. Of these, 15 operate joint ventures with two military conglomerates or their subsidiaries. Calling for imposition of arms embargo on Myanmar, the team also named 14 companies that have sold weapons and related equipment to security forces of Myanmar since 2016, including state owned entities in Israel, India, South Korea and China. However, the Myanmar government, as usual, has rejected the report like all previous UN reports including allegation of genocide.

By this time, as we know, USA, EU, Australia and Canada have imposed sanctions on senior military officers of Myanmar. The EU has also been considering stripping the country of tariff-free access to the world’s largest trading bloc. The UN has said that top generals should be prosecuted for genocide and the International Criminal Court has begun a preliminary probe. We are not sure whether these activities would help solve the crisis permanently. Might be, these would add some additional pressure on Myanmar to come forward with a positive attitude, at least for the time being.

Understanding the importance of China’s role in solving the Rohingya crisis, Hon’ble Prime Minister Sheikh Hasina has recently visited China mainly to discuss this issue. China showed very positive intention to cooperate with Bangladesh in the repatriation of Rohingyas, but they might not want to be involved directly. Direct involvement of China might hamper China’s interest in Myanmar. In view of that, they might prefer a settlement of the crisis bilaterally between Bangladesh and Myanmar. We know that China and India are involved in weapons trading with Myanmar as reported recently by the UN investigators. We should note this development and continue our excercise on this crisis accordingly.

We know that over a million Rohingyas had to leave their ancestral land in 2017 in fear of the atrocities of the Myanmar military and were given shelter by Bangladesh. Though a Memorandum of Understanding on the repatriation of Rohingyas was signed between Bangladesh and Myanmar on 23 November 2017, but not a single Rohingya has so far been repatriated to Myanmar due to the insincererity of the Myanmar government, even agreeing the commencement of repatriation from mid-November 2018.

We know, while a similar delegation, headed by the Foreign Secretary of Myanmar visited the Rohingya shelter houses on 31 October last year, the Rohingyas raised their 6-point demand that included citizenship, security, return of their agricultural land, settlement on their own houses, and bringing of the perpetrators to justice. The Foreign Secretary of Myanmar assured them that he would place their demands to his government. Then, it is not understood why they, once again, have discussed those issues during their present visit, instead of informing them some positive developments on those crucial demands. Is it not the repetition of their tactics of eye-wash, or delaying the repatriation?

Perhaps the time has come to think about other ways of resolcing this crisis. We can find a few examples of such crises in other parts of the world. Hopefully, we know the mind-set of the Myanmar government as well as the international community, including China, India and Russia. We also understand our status vis-a-vis Myanmar and others. Do we think of getting any positive result from Myanmar as we outline? Then, why we are going for so many meetings and visits with the Myanmar authorities, if we cannot produce anything positive? Nobody knows these Rohingyas might, one day, be a very big problem for us to handle, particularly in our internal security management.

However, above all, we wish to see the repatriation of Rohingyas start at the earliest confirming their full protection in Myanmar including their right of citizenship. Simultaneously, let the international community continue their own course of actions.