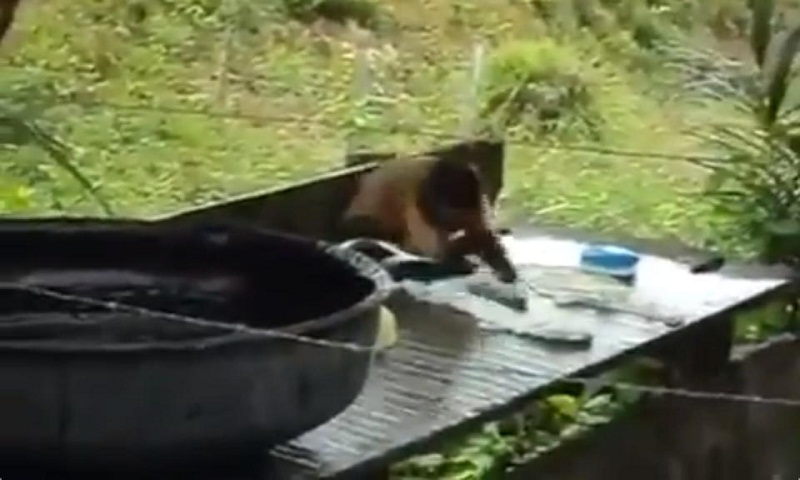 Move over dogs and cats, it’s monkeys, chimps and langurs that have taken over the Internet this week. Primates have been ruling over social media thanks to some interesting and entertaining videos. Last week, a video of a monkey drinking water from a tap went all kinds of viral. The animal promptly closed the tap after quenching its thirst and left Twitter with the perfect message on water conservation. Days later, images and videos of a two-year-old female grey langur, named Lakshmi, attending school in Andhra Pradesh brought people joy. Now, a different video is making people smile.

The 37 seconds long clip shows a chimp “washing clothes”. The video has been shared by Twitter user @susantananda3. “Contagious behaviour. Learning to do from seeing it done by this primate is extremely amusing,” he tweeted.

We’ll just let you watch the video to see what exactly is happening.

Since being shared on August 2, the video has collected over 700 ‘likes’ and more than 200 retweets.

Several people have posted comments on the video.

“Don’t they say ‘monkey see, monkey do’?” comments a Twitter user. “Incredible,” says another. “For what amount can I hire this ape to wash my clothes? He appears quite diligent,’ says a third, reports Hindustan Times.