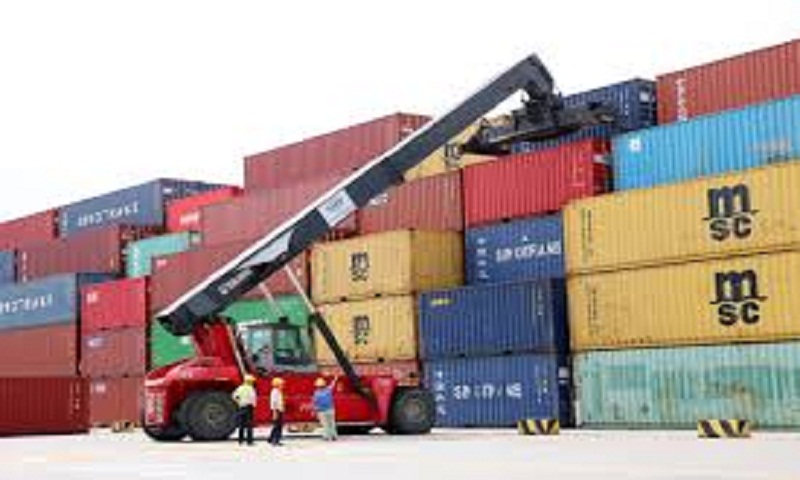 China's exports beat expectations to rise in July while its purchases continued to shrink, official data showed Thursday, despite simmering US trade tensions.

The trade war with the United States and weakening global demand had weighed on China's manufacturing sector during the first six months of the year, with its global exports roughly flat from a year earlier.

But in July China's exports rose 3.3 percent on-year, the customs administration's figures showed, ahead of the one percent drop forecast by a Bloomberg News poll.

China's economy slowed to 6.2 per cent growth in the second quarter, the slowest quarterly pace in nearly 30 years.

But it does not look to be out of the woods yet, with shrinking imports pointing to weak demand at home.

Imports fell 5.6 per cent on-year in July, contracting for the third consecutive month -- though by less than the forecast 9 percent drop.

China's trade surplus fell to USD 45.1 billion for the month, from USD 51.0 billion in June.

The trade war with the US has escalated in recent weeks, with President Donald Trump vowing to add 10 per cent tariffs on another USD 300 billion worth of Chinese imports starting on September 1, extending punitive tariffs to nearly every product.

Beijing fired back by allowing its currency, the yuan or renminbi, to weaken and by suspending purchases of American farm goods.

Exports to the US in July fell 6.5 per cent on-year while imports dropped 19.1 per cent, bringing China's surplus with the US down slightly from June to USD 28 billion in July.

"Exports still look set to remain subdued in the coming quarters as any prop from a weaker renminbi should be overshadowed by further US tariffs and broader external weakness," said Julian Evans-Pritchard of Capital Economics.

"August exports may benefit from some front-loading before the new tariffs go into effect on September 1st, this bump will probably be smaller than it was ahead of earlier rounds of tariffs as US port storage facilities have little spare capacity," he said in a note.

China's retaliatory tariffs on soybeans and other US agricultural goods have bruised American farmers, who have been bailed out with subsidies from the Trump administration.

China's customs data showed the value of its soybean imports down 17.1 percent in the first seven months of the year.