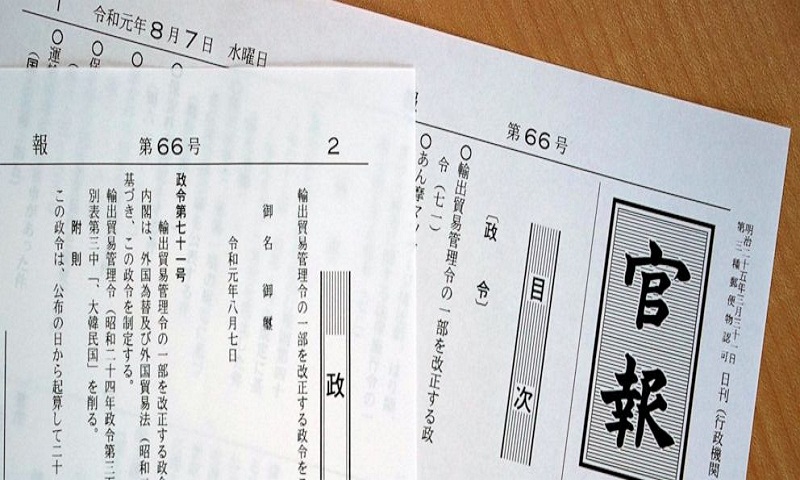 Japan has granted the first permit for South Korea-bound shipment of chemicals for use in high-tech materials under Tokyo's new export requirement that has increased tensions with Seoul.

Trade Minister Hiroshige Seko made a rare announcement of such approval Thursday, saying that officials determined the transaction raised no security concerns. The move is apparently meant to calm South Korean anger over Tokyo's export curbs and show there is no trade ban in place.

Japan says all compensation issues had already been settled.