A Stream of Windows and Humane Dimension of Trade 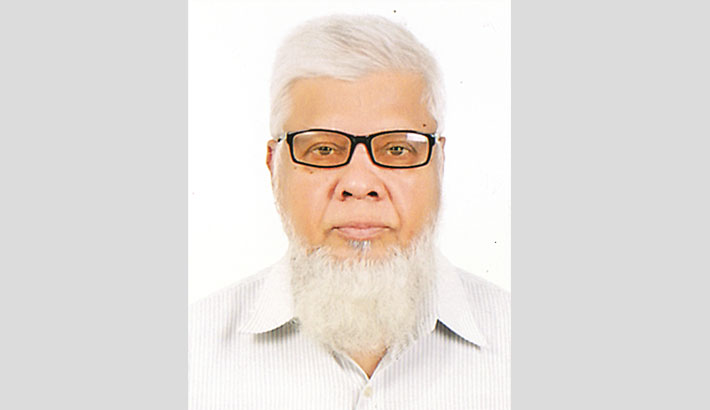 A Stream of Windows is a collection of Jagadish Bhagwati’s essays, op-ed articles, reviews and letters on policy domain in the field of trade, immigration and democracy.  Published by the MIT Press, Cambridge, Massachusetts in 1998, the book delineated certain prophesies on trade and immigration that bears extraordinary relevance in the context of current trade policies pursued by the major trade partners who could comfortably play a catalytic role in bringing equity in income distribution in the world. Trade war between China and United Sates or the very recent trade imbroglio between South Korea and Japan or the trade war embedded in the disparate attempt of United Kingdom in Brexit are the manifestations of growing animosities. The endless turmoil in Brexit, the rhetoric in the dismemberment of NAFTA or the economic sanction on Iran testifies that the world is passing through a traumatic state.
Jagdish Bhagwati is a distinguished economist and a prolific writer who teaches economics and law at Columbia University. An ardent supporter of globalisation, he advocated for free trade.  He analysed multifarious trade issues with theoretical and operational guidelines, occasionally with historical anecdote. His conviction on the merit and economic consequences of NAFTA could be a guiding lesson for today’s deviators who now uphold the mercantilism philosophy and thus are slowing the speed of globalisation.
He invalidated the assumption that real wage and vulnerability of white colour jobs would not be at stake on the premise of trade creation. The more important is the destination of exports and understanding of the transitional nature of demand of countries at the various stages of development. His discourse on United States trade practices in reference to GATT, WTO, and NAFTA helps the readers to understand the trade practices endorsed by the Democrats and Republicans and how the slates moves with the change of administration.
The current American mood on trade issues is a replication of one that was followed by the  United Kingdom at the end of the nineteenth century when Germany and the United States emerged as major players. Now it is China who is threatening the hegemony of the United States and it is apprehended that America has been struck by a “diminished giant syndrome”. The current practices on trade issues with many countries even with close door neighbours such as Canada and Mexico and China and India in Asia are debunking the American supremacy and also belittling United States international economic policy.
Bhagwati dispelled many fears raised by Cohen and Zysman in the book Manufacturing Matters: The Myth of the Post- Industrial Economy regarding the 1988 Trade Act in a dispassionate way. He was exhaustive in his treatment of the United States trade policy over several decades on the issue of fair and free trade. Fair trade is the embodiment of humane dimension of trade where the developing countries enjoy certain privileges on the basis of Comparative Cost Advantage.
This omnibus trade act enhanced the competitiveness of the American industry which was signed into law by President Ronald Regan. He was also sceptical on subsequent policy guidelines by Laura Tyson, the chief of Presidents Clinton’s Council of Economic Advisors on selective subsidies, aggressive unilateralism and managed trade embodied in open protectionism. The long discourse on myriad issues draws on the conclusion that “Tysons’s policy prescriptions are nonetheless in tune with the petulance that attends the diminished giant syndrome.
His discussion on immigration is more poignant when we observe the hassle of Donald Trump with the budget of Border Wall with Mexico. There are inherent costs on the economy due to migration but immigrants once also blessed the economy on many counts and any wall or border enforcements may be the second best policy options. His prophesy on “price counterpart embedded in the creation of an economic fence is very much visible with NAFTA”

The title of the book is derived from a poem by James Schuyler,   ”A stream of windows” that was used as a metaphor to indicate the vitality of a stream in contrast to a pool with stagnant water. Indeed, the set of writings provoke reflections, to quote author “to throw the windows open to let in fresh air, even gusts of gale”.  However, when I first saw the book in a library shelf the perception immediately flushed in my mind that the book might simultaneously open several windows on important economic and social agendas like a personal computer with various facets and just a click would be enough to get them in succession in computer screen. Candidly speaking, erudite Professor Bhagawati was successful to unfold these myriad linkages in the real world setting through his elaborate discourse in the field of trade, immigration and democracy about three decades back.

The writer is a professor of Economics, United International University. Email: [email protected]