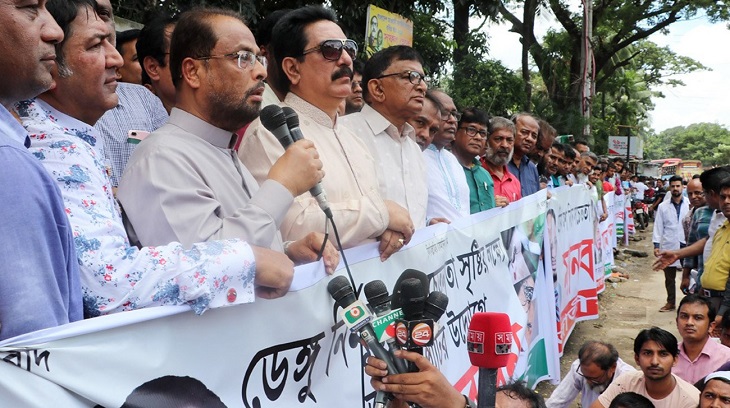 Jatiya Party (JP) on Wednesday demanded resignation of two city mayors in the capital from their posts over allegation of misappropriating Tk 50 crore allocated for mosquito control.

“The two mayors of DNCC and DSCC have failed to take effective measures in reducing Aedes mosquito breeding and building awareness among people for preventing dengue. The uprising trend in the number of people being infected and dying with the disease are clear evidence of the authorities’ failure,” GM Quader said.

He came up with the outburst while addressing a human chain programme organised by the party in front of Jatiya Press Club in Dhaka around 11:00am.

He also called upon the authorities concerned to take effective measures all the year-long for preventing dengue outbreak in the country.

Speaking at the programme, JP Secretary General Moshiur Rahman Ranga said “The dengue situation in the country has turned unbearable one. The two mayors have misappropriated Tk 50 crore allocated for mosquito control. Such mayors, who were utterly failure to control mosquito menace in the city, have to step down.”