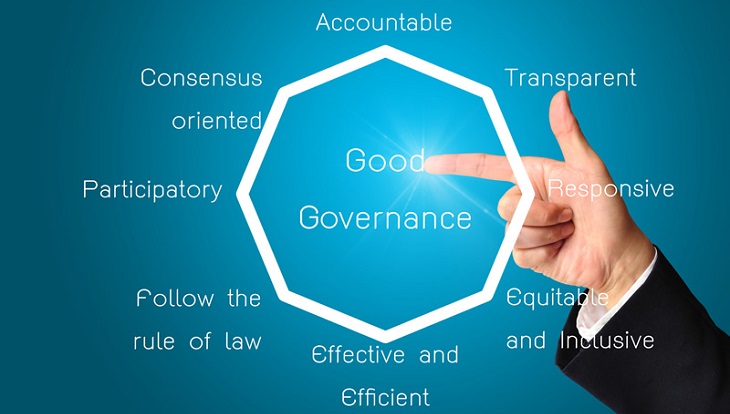 The people of Bangladesh have been passing through a political and social environment full of anxiety. After the election that took place in late December 2018, the new government under Prime Minister Sheikh Hasina took over the state power in the early week of January 2019. The countrymen remained anxious about the fate of the country concerning the issue of the election as we have had bitter experiences as regards to the elections in the country in the last twenty years. Fortuitously, the pre- and post-election situations have remained reasonably peaceful despite wide-ranging allegations of corruption in the election by the opposition political parties.

After taking over the state power, Prime Minister Sheikh Hasina signposted that she would take all-out efforts to fight miss-governance and corruption. The system continued well and good for a few months. Regrettably, the situation has intensified to a great extent for the last couple of months. Cases of rampant corruption and incidents of societal degradation have made people think about the future of the country. The government is yet to take strong action against most of the corruption cases. Of course, one may argue that the government has taken strong actions against an incident like DIG Mizan and some other cases. But, there are many incidents where the government has not responded to the desired level.

The banking sector has witnessed a substantial collapse along with the share market. These sectors are considered important pillars of our economy. It makes me laugh when I hear the Chairman of the Anti-Corruption Commission to tell that if someone gets involved in corruption in good faith that would not be considered as corruption. This is a preposterous statement to hear. Of course, on the very next day, the AL general secretary asked clarification of his statement.  But, we did not hear from him till today.

Having observed the ongoing politics and governance-related issues, I have got a feeling that the government’s effectiveness and efficiency have become questionable due to the incapacity of the administrative authorities. For instance, very recently, dengue has become an epidemic in the country due to insincerity and corruption of city corporation officials in Dhaka. Dengue has not remained concentrated within Dhaka city only. Instead, the cases of Dengue affected people have been detected in 61 districts. It is alarming for the country.

This situation has turned so only because of the mendacity of the city officials. We have learned from different newspaper sources that the mosquito control insecticide did not work as its quality was not good. The health department officials indicated a few months ago that the dengue could be turned into an epidemic due to heavy rainfall in the early summer this year. But, neither the health ministry nor the city corporations in Dhaka took any initiatives to control the breeding of Aedes mosquitoes until it took a devastating shape. Although the situation has started to go beyond control, the city officials are yet to come up with a concrete plan on how to control this epidemic. Instead, they are making unsolicited or uncalled for comments that are pushing the government in a wobbly situation. Even we have found the minister of health to express embarrassing comments. Most importantly, the health minister's visit with his family members abroad during the national crisis has been vehemently criticised by all sections of society. The issue was highly discussed in social media also. It has been learnt that he has been called by the highest authority. That is why he came back again. These incidents indicate that there is a serious coordination problem among the administrative authorities within the government which is not a good symbol for the government.

The death of school student Titas due to the laxity of some people in the ferry for preserving the interest of a so-called VIP has created serious debates in society. This is a serious violation of rules and regulations. It was so pathetic when we witnessed Titas’s mother to tell that she requested the ferry authority several times holding their legs and begged her son’s life. But, she failed to touch the conscience of those crazy people. Of course, one may argue that they might have had some compulsion as well. The administrative culture of the country has reached such a level where the subordinates have been transformed into “yes” persons of the seniors. Thus, the ferry authority could not show the courage to violate the orders of the superiors who asked them to keep waiting. If the government is sincere to this issue, they should consider it impartially.

Abuse of power by the VIPs has reached such a level that it has started causing damage to the image of the government. The bureaucrats of the Republic should be considered public servants, not the masters. But, due to the patronage of successive governments, the bureaucrats have become masters instead of servants. They are manipulating all avenues to preserve their interest. One may argue that the ministry concerned has already formed a probe committee to investigate the matter and given a deadline to submit the report. It has been learnt from media sources that the committee has been formed with joint secretary-level officials. Considering the domination of the hierarchy in administration we cannot expect that a committee led by a junior officer would come up with the real fact.

The government's action on the Nusrat murder case has been highly appreciated by the countrymen while the way Rifat’s murder case is being dealt with has been criticised by many. Thousands of fingers have been pointed to the son of the local MP who is considered to be the godfather of all addiction-related business. Many including Minni's father has apprehended that she has been arrested only to save MP's son in this murder case. If it is the case, it would be a serious violation of the legal system. Thus, the government should take strong action in this regard.

Even the government has not been fully successful in dealing with the issue of the result of a test that was conducted by a DU professor to ascertain the quality of packet milk of different giant companies. The way the secretary and minister have criticised and warned the teacher for conducting the research is not at all acceptable. The government is encouraging the researchers to undertake large scale research to help the government by identifying possible areas of interventions for development. But, if someone faces serious criticisms from the government for undertaking research it is unlikely that the researcher would conduct such types of research in the future.

Incapacity of state apparatus might influence the people to have a low level of trust in the government. This may lead to societal disorder. In the last couple of months, we have seen people to get involved in lynching only based on suspicion. In most of the cases, those suspicions have been found false. These are indications of social disorders.

We know that opposition political parties have failed to organise any strong movement in the country for the last 10 years. It does not mean that the government would not face any challenge from any other groups. We could still recall the memories of Egypt where social media played an important role. Even in Bangladesh, social media has been growing as a vibrant media actor. All recent failures of the government have been highly criticised by different sections of the population of the country. Thus, the government should remain careful about the performance of its administrative machinery; otherwise, all of their good efforts will add nothing to their credits. To send a strong message to the violators of rules and inefficient administrators, the government should take some exemplary actions against those violators.