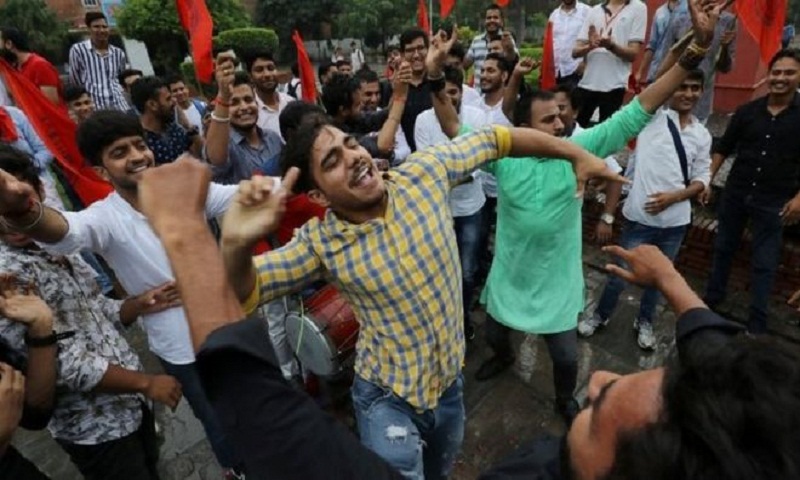 For many Kashmiris, the special status afforded to Jammu and Kashmir by Article 370 of the Indian constitution reflects the different means by which, and basis on which, the princely state became part of India in late 1947.

It was the result of an accommodation all those years ago between the government of India's first prime minister, Jawaharlal Nehru, and Kashmir's political leaders.

India's BJP-led government has now unilaterally torn up that special dispensation. It's the biggest change in Kashmir's constitutional status since the 1950s.

In practical terms, it doesn't mean all that much. The provisions of Article 370 have been greatly diluted over the decades. Jammu and Kashmir has its own constitution and its own flag, but otherwise no greater autonomy than any other Indian state.

A provision linked to Article 370 prevents outsiders buying property in the state. If that measure is also rescinded, as seems to be Delhi's intention, this may prompt fears of demographic change in the Kashmir valley - though there is unlikely to be much immediate impact.

It's the symbolic importance of the Indian government's move that matters most.

In repeated election manifestos, the Hindu nationalist Bharatiya Janata Party (BJP) has pledged to scrap Kashmir's special status. It says full integration with the rest of India would promote development, and insists that there's no reason to treat Jammu and Kashmir differently either because it has a Muslim majority or because it is claimed by Pakistan.

Narendra Modi's emphatic election victory in May has made it possible for the BJP to act on key Hindu nationalist demands such as the rescinding of Kashmir's special status. The move will be enthusiastically welcomed by the party's rank-and-file.

But the measures taken in the run-up to the announcement demonstrate Delhi's concern about how the news will be received in Kashmir. Additional Indian troops were sent there, tourists and Hindu pilgrims were told to leave, schools and colleges were ordered to close, the internet and mobile networks were largely cut off, restrictions were placed on freedom of movement and assembly, and several mainstream Kashmiri politicians were placed under what amounts to house arrest.

Alongside the rescinding of special status, the Indian government has announced that Jammu and Kashmir will no longer be a state but have the lesser status of a union territory - and the sparsely populated region of Ladakh will be split off to become a separate union territory. That will attract a great deal of support in Jammu and in Ladakh but will be deeply resented in the Kashmir Valley.