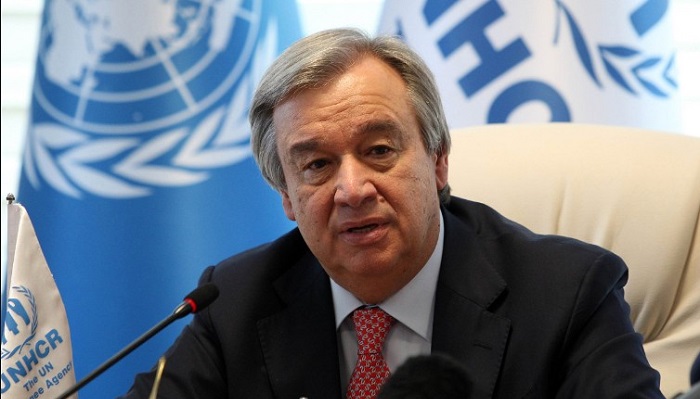 The United Nations (UN) has urged India and Pakistan to maintain peace in the wake of Narendra Modi-led government scrapping Article 370 which gave special status to Jammu and Kashmir.

"We are following with concern the tense situation in the region... We urge all parties to exercise restraint," Dujarric said at the daily press briefing, while adding that the UN was aware of reports of restrictions in Kashmir in India.

On whether the UN chief intends to play a role in resolving the Kashmir issue, Dujarric said, "We are very concerned about the rise in tensions. As for the Secretary General's role, he has often expressed his position on that and his position remains the same," a reference to the UN chief's position that his offices are always available should "both sides" ask for it.

The US, meanwhile, said it was "closely" observing the events in Jammu and Kashmir following the revocation of Article 370 and urged all stakeholders to maintain peace and stability along the Line of Control (LoC).

Without naming Pakistan, State Department Spokesperson Morgan Ortagus told PTI, "We call on all parties to maintain peace and stability along the Line of Control."

"We are closely following the events in Jammu and Kashmir. We take note of India's announcement revising the constitutional status of Jammu and Kashmir and India's plan to split the state into two union territories," Ortagus said when asked to comment on India's decision to revoke J&K's special status.