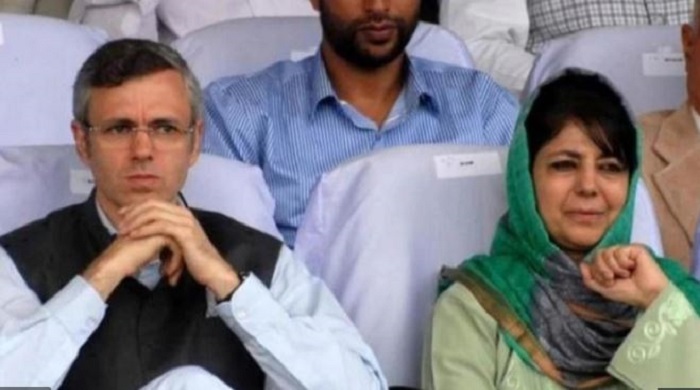 Minutes after Mehbooba Mufti was arrested, National Conference leader Omar Abdullah was also taken into custody. Jammu and Kashmir People's Conference leaders Sajjad Lone and Imran Ansari have also been arrested. Some more arrests have been made, officials said, without sharing details.

Mehbooba Mufti has been taken to Hari Niwas - a VVIP state guest house. She was put under house arrest last night as the authorities clamped restrictions under Section 144 of CrPC.

The reason for her arrest was not immediately known.

Earlier in the day, Mehbooba Mufti had come down heavily on the Modi government for scrapping J&K's special status.

"The abrogation of Article 370 hasn’t just made accession null and void but also reduces India to an occupation force in Jammu and Kashmir," she claimed on social media.

In a series of tweets, PDP chief claimed that Kashmiri people were defeated and betrayed by Indian institutions. "Today the people of Jammu & Kashmir who reposed their faith in institutions of India like parliament & Supreme Court feel defeated & betrayed. By dismembering the state & fraudulently taking away what is rightfully & legally ours, they have further complicated the Kashmir dispute," she had said in another tweet.