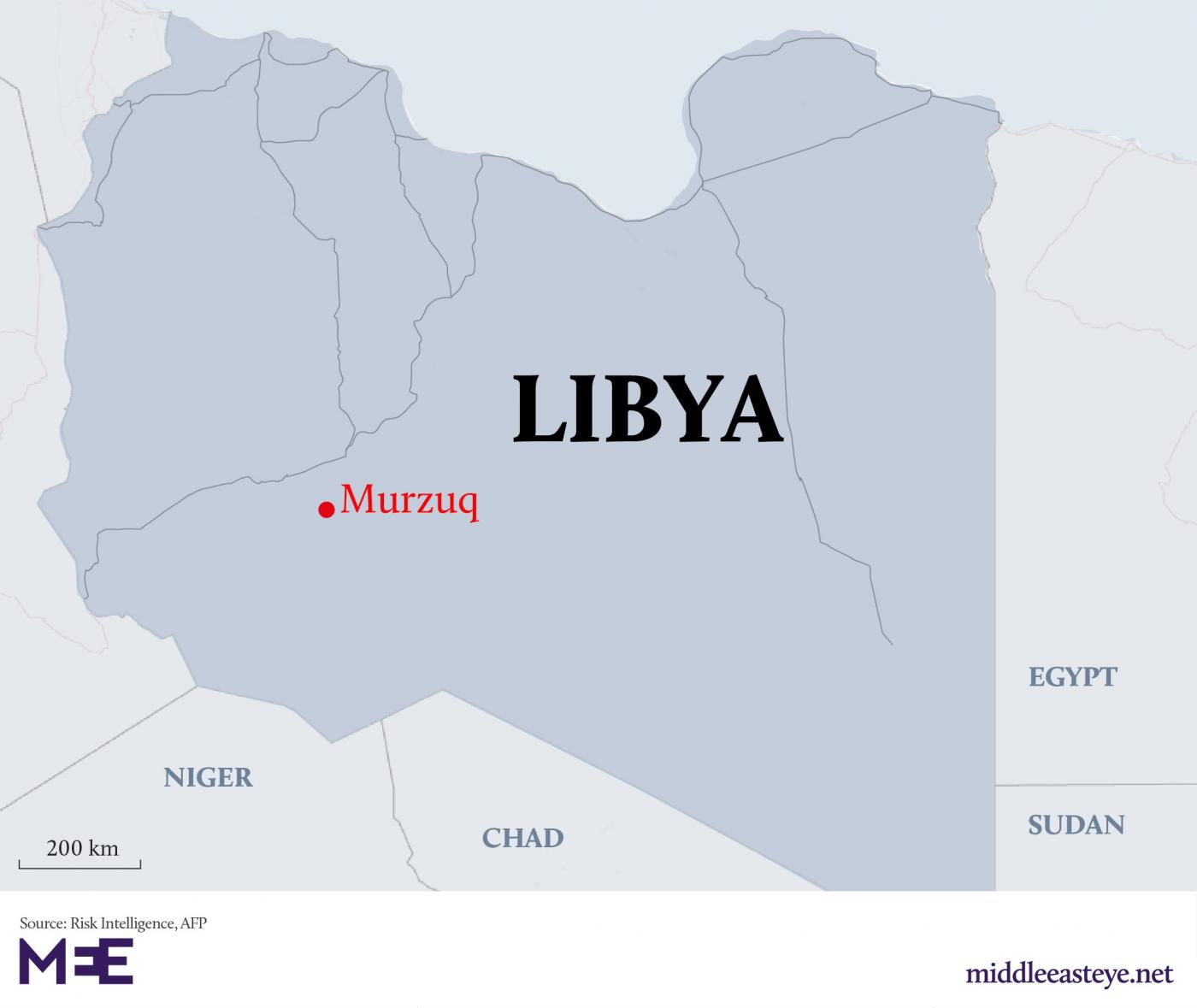 At least 43 people were killed and 51 others wounded in an air strike that hit the southern Libyan town of Murzuq on Sunday, a local official told a news agency.

Forces loyal to eastern commander Khalifa Haftar, the self-styled Libyan National Army (LNA), confirmed that they were behind the air strikes, but have denied that they had targeted any civilians.

Reached by telephone, Murzuq municipal council member Mohamed Omar told Reuters: "The air strike resulted in 43 killed and 51 wounded. This is only an initial toll of casualties."

Local and international media have reported that the attack targeted a wedding ceremony. Middle East Eye could not verify these reports independently. Reuters said the strike was carried out by a drone.

The attack comes as Haftar's forces wage a campaign against the UN-backed government in Tripoli. The LNA launched an offensive to take the capital in April, but has struggled to make progress in recent weeks.

In a statement issued on Monday, the Tripoli-based administration denounced “crimes” committed by Haftar’s forces, and called on the UN Security Council and international community to “take responsibility and investigate the crimes committed ... so that the perpetrators are punished”.

At the start of the year, the LNA took Murzuq as part of an offensive to control the oil-producing south. But it later moved out to concentrate forces north where it has been trying to take the capital Tripoli in a four-month campaign.

The LNA said in a statement its strike had targeted "Chadian opposition fighters", a phrase that usually refers to Tebu tribesmen opposing them in the area.

This attack comes a month after Haftar's troops hit a migrant detention centre in a Tripoli, killing at least 44 people.

The air strike adds to a worsened humanitarian situation in the war-torn country.

Meanwhile, the UN mission in Libya (UNSMIL) condemned on Sunday "the repeated indiscriminate shelling" of Tripoli's only functioning airport after several strikes in the past days.

The United Nations did not name the LNA but said the attacks had "continued unabated" since the start of Haftar's offensive on Tripoli.

There was no immediate UN comment on the Murzuq strike.

Haftar's attempt to capture Tripoli has derailed UN attempts to broker an end to the chaos that has prevailed in Libya since longtime autocrat Muammar Gaddafi was overthrown by a NATO-backed uprising.