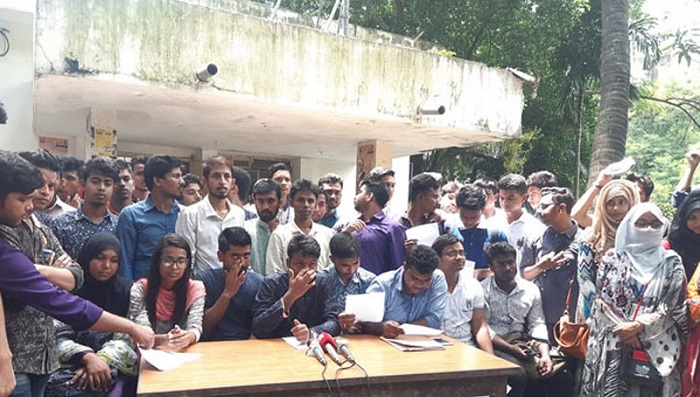 Students of seven colleges affiliated with Dhaka University warned of paralysing the capital if the affiliation of the colleges with the university is cancelled.

Abu Bakar, the chief coordinator of the 5-point demand movement came up with the warning at a press conference at Dhaka College canteen in the city on Monday.

He said, “If any unscientific and whimsical decision is taken on the affiliation of seven colleges with Dhaka University being influenced by the conspirators, the students of the colleges will take to the street.”

“We will declare a mass movement blocking the roads from Sadarghat to Mohakhali to paralyse the Dhaka city, If needed,” Abu Bakar added.

The students of seven colleges have been staging demonstration for five-point demand including explanation of mass fails in examinations for past few months.