Sheikh Kamal, As I Knew Him 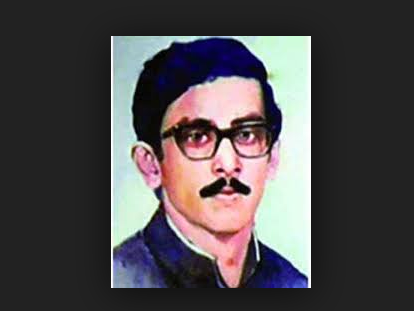 I couldn’t recall the day when I first met Sheikh Kamal. He was my batch mate. He passed SSC from Shaheen School while I did it from the Dhanmondi Government Boys' High School in 1967 and both got admitted to the Dhaka College. Kamal was in humanities and I studied science. We both studied at Dhaka College and then at Dhaka University.

Dhaka was then the provincial capital of East Pakistan. It was a united Pakistan with East Pakistan always being subjugated and deprived of its share in all spheres of national life. The Pakistani armed forces used to recruit HSC passed students from different institutions from East Pakistan for the army. It was almost a routine job for the officers from the army recruiting offices to visit colleges and give lectures to motivate students to join the armed forces after passing their Higher Secondary Certificate (HSC) examinations.

Our Dhaka College was no exception. One morning the students of the intermediate batch assembled at the college auditorium to listen to an army officer. He gave an introductory speech explaining why young people should join the army. At the end of the speech, he welcomed questions from the audience if there was any. Dhaka College principal Mr. Jalal Uddin Ahmed chaired the function.

I was sitting in the middle of the auditorium when a lanky guy with a white trouser and white shirt stood up and raised a question. I remember he mentioned the disparity between the two parts of Pakistan in various fields including recruitment policy in the armed forces. He said that this recruitment procedure was a farce, and none would be recruited eventually because the authority in Islamabad opposed recruiting Bengali officers in the Pakistan army.

I was surprised to see the boldness of our classmate. He had asked the question at a time when freedom of expression was restricted. There had been political and students all around the country. I could not see his face as he sat in front of me. The army officer first denied his allegations and later asked about his identity. He also asked his father's name.

My first encounter with him came one day when the student's union election was offing in our second year in 1968. He along with some classmates came to our classroom and looked for me. As I approached him, he said: "Sabu (my nickname), we have selected you to contest the upcoming student's union elections as a Chhatra League candidate. I was surprised.

He was talking to me as if we knew each other for a long time. I tried to resist and put up some arguments to change his decision. I said that I don't stay in a hostel and am not a brilliant student either. During those days, brilliant students staying in hostels could pull bigger amounts of votes and I was neither of the two. I knew that the Chhatra Union candidate was a better student and lived in a hostel and he had won the last election.

Sheikh Kamal did not budge and one fine morning, he came to our classroom and spoke at a projection meeting in my favour. Things were very democratic in our days when teachers allowed student leaders to speak in favour of their party candidates. I don't exactly remember what he had said about me, but I vividly remember there were lots of praises for me. I was very embarrassed to hear the good things being said about me. Finally, the Election Day approached, and we participated in the elections with lots of fun and gaiety. I was not sure about the outcome of the elections, so avoided the counting and the subsequent announcements of results. Later in the evening, I met some classmates in the new market and they congratulated me.

I thought they were pulling my legs. The following day when I went to college, my classmates congratulated me for being elected as one of the representatives. The full Chhatra League panel won the elections that year in Dhaka College. I was happy to be a part of the winning team. Nazrul Islam was vice-president of the newly elected Students Union. Nazrul was later killed during the Liberation War.

Then we got admitted to Dhaka University in 1969. I got admitted to the Political Science department while Sheikh Kamal in the Sociology department. Our friendship remained intact, although I did not pursue student's politics in the University days. Whenever we met we greeted each other. There was one common place where we used to meet.

It was the Dhaka University sports ground near Dhaka Medical College Hospital. He was a keen sportsman and used to take part in games and sports. He used to play football and cricket in the sports ground regularly with his classmates. After the classes, he used to spend most of the time in the field. He founded the Abahani Krira Chakra which is still considered as the front ranking sports club in the country.

Besides, he was a keen lover of music and could play the Sitar. In many of the functions of the Political Science department, he played the Sitar. I had a picture of him playing the Sitar but lost it while shifting my house. It could have been a precious possession for me. During the University days, I did not indulge in students' politics. But our friendship remained. He called me by my nickname and for me, he was only Kamal.

After the country's independence, Kamal joined Dhaka University again. Now he was the eldest son of the father of the nation. But his attitude and behaviour did not change. He was the same Sheikh Kamal whom we saw in Dhaka College and before the Liberation War.

He was very jovial and cut jokes with everybody. Nobody would ever think that he was the son of Bangabandhu Sheikh Mujibur Rahman. He never mentioned who his father was. He was just another student on the campus.

I took the call only to hear that our leader Bangabandhu Sheikh Mujibur Rahman was no more. Some disgruntled soldiers killed him and his entire family on that fateful night. Only Sheikh Hasina and Sheikh Rehana could survive as they were abroad. I could not believe my ears. Mohammad Masum asked me to vacate the office immediately as the military people might attack our office too. I left the office for my home and on the way met BSS general Manager Late Jawadul Karim (later Press Secretary to PM Hasina).

He was taken aback. There was also our Chief Reporter Mr. Habibullah. He too could not believe me. On way to my residence in Asad gate, I had to change three rickshaws as no rickshaw puller wanted to ride long.

Today, I vividly remember my classmate Sheikh Kamal, who had reposed his faith in me and persuaded me to contest as a candidate in the Dhaka College student's union.

I kept his faith which is my great achievement. He is no more with us today, but he remains in our minds and hearts as a friend, as a sports organiser and a music lover. May Allah rest his soul in peace!