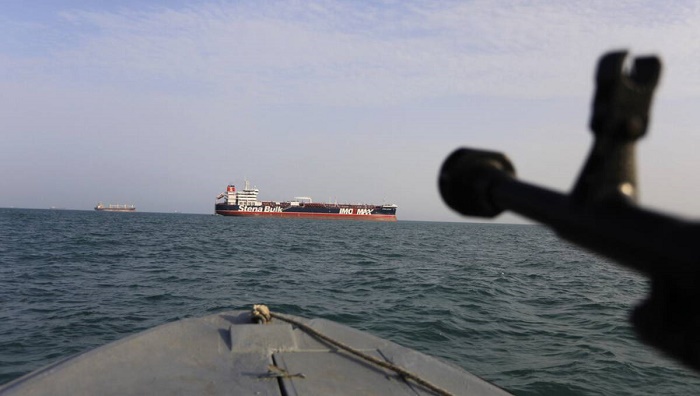 Iran says a fighter jet has gone down in the south of the country near the Persian Gulf, with two pilots surviving the crash.

The state-run IRNA news agency quoted a local official as saying the crash was caused by a technical problem. Abdolhossein Rafipour, the governor of Tangestan, says the plane went down near the coastal town at 12:30 local time (0800 GMT).

The purpose of Sunday's flight was not immediately clear. Regular patrol flights are common in the region.

Iran's air force has an assortment of U.S.-made military aircraft purchased before the 1979 Islamic Revolution. It also has Russian-made MiG and Sukhoi planes. Decades of Western sanctions have made it hard to maintain the aging fleet.

Iranian media say the Revolutionary Guard has seized an oil tanker carrying 700,000 liters of "smuggled fuel" in the Persian Gulf.

The semi-official Fars news agency says seven crew members were detained when the ship was seized late Wednesday. It did not provide further details on the vessel or the nationality of the crew.

The tensions are rooted in the U.S. decision last year to withdraw from the 2015 nuclear accord and impose sweeping sanctions on Iran.