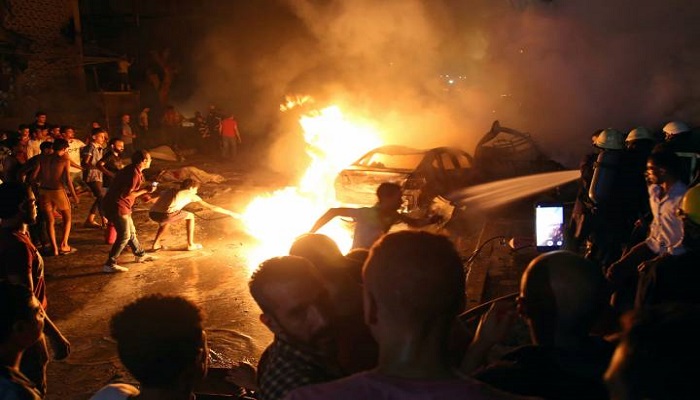 The death toll in an explosion resulting from a car pile-up in Cairo has risen to 19 people, a health official said early Monday.

The accident injured 30 others outside a state-run institute treating cancer in the centre of the Egyptian capital, Khaled Mojahed, a spokesman for the Health Ministry, added in media remarks.

Three of those injured in the late Sunday crash outside the National Oncology Institute are in critical condition, he said.

Other injuries range from body fractures to burns, according to the official.

"The accident happened after a speeding car moved in the opposite direction near the National Tumour Centre, resulting in a collision with three other cars," a security source said.

Flames of fire and columns of smoke shrouded the areas as a result, they added.

Cairo Governor Khaled Abdul Aal and senior security officials went to the scene as firefighters were able to put out the blaze.

Health authorities evacuated patients from the centre to other hospitals in the city.

“My full support and condolence to families of the victims and those injured in the explosion of the Oncology Institute,” the 27-year-old icon said in an Arabic tweet.

Salah is widely popular in Egypt not only for his soccer gifts, but also for his charitable deeds, including donations to hospitals.