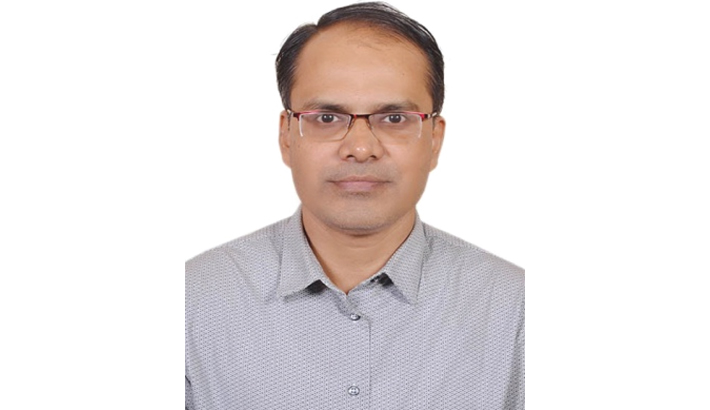 Titas Ghosh, 11, a grade six student died in the ambulance as the authorities delayed the departure of a ferry at Khathalbari jetty in Madaripur for three hours for a joint secretary to board on. His death has drawn protest from all corners of the country. This is something unthinkable in a civilised society. This incident is one among many such sufferings being undergone by common people for the ugly VIP culture. The VIP culture is the other name of favouring an elite class of people over the egalitarians in providing service. This elite class of people are in a sense, modern days’ lords.  The rest of the people in society who can be considered the modern day vassals, allow these lords to have control over their lives. These VIPs have unlimited perks and privileges.

These VIPs are free to go any direction they like on the street, right, left, backward, forward flouting the traffic rules. A good number of our VIPs seem to be ready to bypass the formalities of security at the airports. At the airport, it is the plebeians, who are to follow regulations. Among a population of more than 160 million, who are the VIPs?  These are men and women  who  try to enjoy  as much honour and self-esteem as they can warrant and  who  remain  aloof  from the sweating,  toiling  tired, hungry  masses. Their number has recently increased manifold. In all countries of the world there are some posts which are called VVIP, such as, President, Prime Minister. They are given special protection and treatment and it is the constitutional responsibility of the state machinery to ensure their safety. But, in our country, this system is being exploited to such an extent that it is impossible to determine who is not a VIP because all people who are within the radius of power in any form, claim themselves as VIPs. Some people are enjoying the VIP status on the basis of vague assumptions. There is also no clear cut rules and regulations as to provide privileges to the VIPs as well. That is why, this practice is being increasingly misused.  What is the point in sticking placards written ‘senior lawyer, executive magistrate, judicial magistrate, press’ etc on vehicles plying the streets? We all expect priority lane and treatment on public street and evade police checks.

Who are these people posing VIPs?  He may be a bureaucrat; a self-seeking journalist always on the look-out for foreign trip with the Head of the Government. A political VIP is easy to identify. He and his likes with a follower of parasites,   may flout all normal decency of public functions. In the many districts, the VIP is the DC who invites guests to his mansion, and has them served by junior officers at the lunch table with food bought from L R fund. This fund is like a necessary devil  because from this fund DCs have  to  spend money for   hospitalities  to VIPs visiting his  area of jurisdiction, though  the way the fund is created paves the way to corruption in the DC Office. I have heard that there is a practice of giving VIP treatment to the judges of High Court and appellate Division when they go outside the capital either for official or personal purpose. So, this VIP culture is creating some embarrassing situations for the people entrusted with the responsibility of providing VIP protocol. The debate on ‘who is more important person, a sitting Election Commissioner or IGP’ for a VIP seat in aeroplane is not still settled.

Who are actually the important persons of the country?  They are definitely all those who once served and still serve the nation. The Ministers are oath-bound to serve the country. The civil servants are the servants of the nation. They are remunerated for this service.  The freedom fighters, sportsmen, educationists, poets all are also giving their service to the nation without any expectation of reward. The expatriates are toiling hard abroad and sending remittances which are filling up our reserve. The industrialists are also serving the nation by creating job employment for millions of people. Services of all these people are important. The list will go on becoming longer.  So, instead of cudgelling our brain on finding who is a VIP, it is better to give the priority treatment to the vulnerable people, especially, elderly, sick people and pregnant women.

Religions of the world also call for establishing a society where equality prevails among people. The case of Islam may be mentioned here.  Islam says that there are definitely differences between men in terms of colour, physical strength and economic and social standing. But, none of these differences can by themselves establish the status of superiority of one man or race over another. The stock of man, the colour of his skin, the amount of wealth he has and the degree of prestige he enjoys have no bearing on the character and personality of the individual as far as Allah is concerned. The only distinction, which Allah recognises is the distinction in piety; the only criterion which Allah applies, is the criterion of goodness and spiritual excellence. In the Qur’an, Allah Almighty says: "O mankind, indeed We have created you from male and female, and have made you into nations and tribes, that you may know one another. Indeed the most honoured of you in the sight of Allah is the most righteous. Indeed, Allah is Knowing and Acquainted" [Qur’an 49:13].  Prophet Muhammad also said: "O mankind, your Lord is one and your father is one. You all descended from Adam, and Adam was created from earth. He is most honoured among you in the sight of God who is most upright. No Arab is superior to a non-Arab, no coloured person to a white person, or a white person to a coloured person except by Taqwa (piety)." [Ahmad and At-Tirmithi] A true believer in Islam will not discriminate among people on the basis of caste, colour and class, rather will give importance to worth and virtues of a man.

VIP culture is an offshoot of the age-old discriminatory social order where inequality was present in different shapes and forms.  Yuval Noah Harari in his seminal book, 21 Lessons for the 21st Century,   says that inequality dates back to the Stone Age. Till the advent of the modern age it was inherent in all institutions of society. This situation had however changed in course of time. In the late modern era, however, equality became an ideal in almost all human societies. It was partly due to the rise of the new ideologies of communism and liberalism. The history of the twentieth century also revolved to a large extent around the reduction of inequality between classes, races and genders.  By 2000, the world was nevertheless a far more equal place than that of 1900.  In the first few years of the twenty-first century people expected that the egalitarian process would continue and even accelerate. In particular, they hoped that globalisation would spread economic prosperity throughout the world, and that as a result people in the periphery will come to enjoy the same opportunities and privileges as people in the Centre. An entire generation grew up on this promise.  But, now it seems that this promise might not be fulfilled. Some groups increasingly monopolize the fruits of globalization, while billions are left behind. (Harari, 73-74).

We see that  the globalisation has  not been able  to narrow down the gap  between  the haves and have-nots across the world, so the  disparate economic development of  Bangladesh  could not  minimise  the  gigantic  economic and social  disparity  among  people; rather it has increased  in many cases. We cannot remove the  economic inequality that has become ingrained in our social fabric so easily, but, we can  definitely  heal the wounds  being caused  to the ego and  self-esteem  of our egalitarian masses  by not  making the inequality a public spectacle at least. That is possible when the state machineries   are not used to give favour to the economically privileged section of population.  There is also economic disparity in the Western societies.  But, there states do not prioritise one citizen over another on the basis of their economic and social status. This culture is related with their world view, the way they consider their work and life. As all types of works are equally important and dignified to them, so are all classes of people in terms of dignity and   respect.  That is why all people can have the feeling that they are equal in the eye of the state.  So, in Sweden ministers feel no grudge to go to their office by public bus.

There should not be any VIP practice in a democratic country. It is natural that a person holding a high position will normally be respected. But, to give him a priority treatment there should not be created any hindrance to the normal movement and life of other people. Our Constitution only mentions about the Warrant of Precedence, but nothing about VIPs.  But, the culture of VIP has been maintained for a long time to fragment the society and to underrate humanity. It is just unconstitutional and utter disrespect to people.