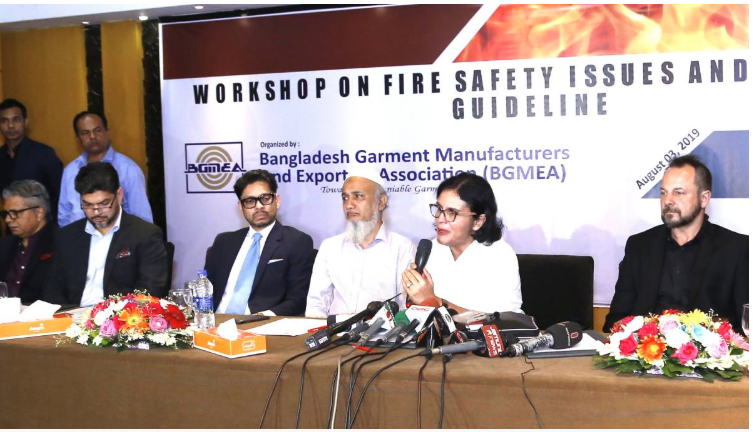 “Accord takes many decisions without discussing with us. The new conditions are slowing down our pace,” the BGMEA chief said at ‘Workshop on Fire Safety Issues and Technical Guideline’ at a hotel in the capital.

She also accused Accord of violating MoU conditions.

“It’s imposing conditions that should have been set in the past and this is harming the industry,” Huq said.

Bangladesh is the world’s second largest exporter of readymade garment products. The country attracts renowned clothing brands with is its cheap labour. But the sector, which employs over four million workers, was plagued by fires and accidents due to lax safety measures.

The government sprang into action after the 2012 fire at Tazreen Fashions Limited, followed by the Rana Plaza collapse, highlighted the poor working condition at the factories.

The Accord was formed as an independent and legally binding agreement between brands and trade unions to work towards a safe and healthy garment and textile industry in Bangladesh.

BGMEA President Rubana said they learned many things from Accord and urged it to give “a clear guideline about fire safety”.