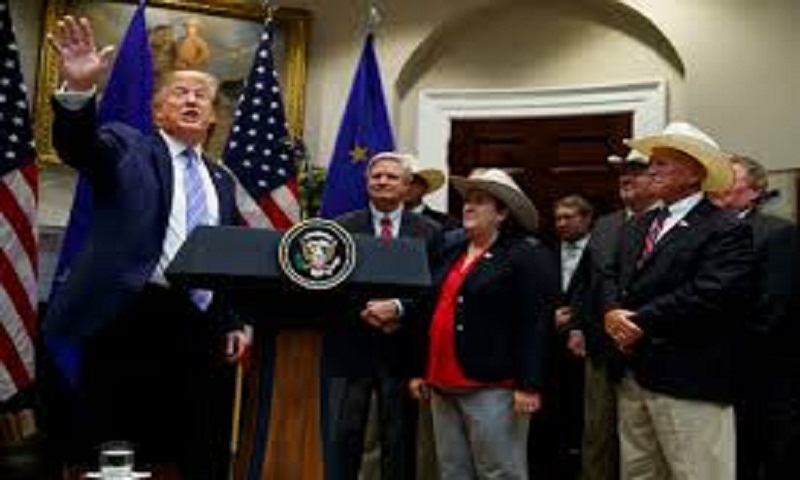 President Donald Trump celebrated a new agreement Friday that is projected to increase beef exports to the European Union by more than $270 million a year once it is fully in place.

Trump portrayed the agreement as standing up for farmers and ranchers. Producers have been hurt by retaliatory tariffs that China imposed after Trump imposed 25% tariffs on $250 billion in Chinese products.

The signing of the agreement comes the day after Trump increased pressure on China to reach a trade deal by saying he will impose 10% tariffs Sept. 1 on the remaining $300 billion in Chinese imports he hasn't already taxed.

The European Commission, the executive branch of the EU, announced in June that it had reached an agreement with the US to allow more hormone-free US beef onto the European market. The EU continues to impose bans and restrictions on meat produced using hormones.

US Trade Representative Robert Lighthizer said he hoped the European Union would approve the agreement quickly.