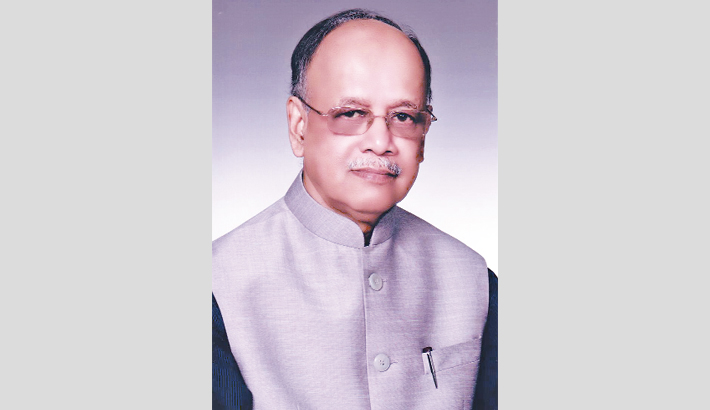 Bangladesh is under seize, not by any outside enemy, by enemy from within, a tiny little insect called mosquito of Aedes variety. Anyone who gets bitten by the insect has every possibility of being effected by dengue fever that may result in immense suffering and can even be fatal. Till today (Friday) about forty-seven (officially 14) people have been reported dead caused by dengue and about 18,000 affected. Though initially the problem was limited within the bounds of Dhaka city it now has affected all the 64 districts of the county. Diseases like dengue, if not contained initially, may spread over a large area, unnoticed and silently. The primary responsibility of containing the disease lies with the city fathers and in the case of Dhaka the two City Corporations and their Mayors. The Health Ministry also has a broader role to play and if the inhabitants of any city or area are a bit careful and responsible the problem may not even occur. It is a collective responsibility of all concerned.

In Bangladesh the administration in most cases instead of being proactive in taking measures so that such situations do to not occur, often react to incidents once it occurs.  In this case initially the city fathers and many responsible persons in the administration brushed aside that this year dengue may be appearing as a major problem and took a laid back approach. Once the problem did get out of control, now they admit that the problem has taken the form of an epidemic. That too needed the intervention of the Prime Minister now in London undergoing a treatment of her eyes. It is a pity when she has a large cabinet she has to micro-manage every detail of most ministries.  Such incompetence of   many of her colleagues is a sign of putting wrong people at wrong places who failed to show their competence in times of a problem or a crisis. Her well wishers think now it is time to rethink whether she will continue working with such incompetent bunch of people or decide to mend her fences.

Being an able city administrator often is more challenging than running a ministry as in a quality of administering a city affects the everyday life of city dwellers irrespective of religion or political beliefs or profession or age.  It is more true when one thinks of managing a city like Dhaka with a population of twenty million or Chattogram over three million (metropolitan area). More than one hundred countries of the world do not have a population of twenty million as that of Dhaka. Though Dhaka is divided into two City Corporations, when it comes to ensuring the quality of life of people and access to basic necessities, it will not be wise to differentiate between dwellers of the two city corporations. Take the case of dengue and the Aedes mosquito. There is no Aedes mosquito allocated for North City Corporation and another batch for South City Corporation.

Outbreak of epidemics caused by insects and rodents are not new. There are ample examples in history where such outbreaks resulted in the wiping out of entire towns and cities. Between the years 1346 and 1353 approximately 50 million people or 60 per cent of Europe’s population died due to plague, then an unknown disease later believed to be caused by rodents. In history it is known as ‘The Black Death,’ greatest catastrophe ever in the known history of mankind. It is said Napoleon did not succeed in conquering Russia neither did Hitler but the Black Death did. Moscow was ravaged. London’s Great Plague killed one million people in 1665-1666 and so did the Great Plague of Marseilles in 1720 in France. As late as mid sixties Hong Kong Flue made its appearance in Asia first killing few thousands and later 1968 it killed one million people. Known as the one of the horrific epidemic to hit the world in the twentieth century the most affected countries or cities were in India, Philippines Australia, and Europe. By the fall of that year it was brought into California by retuning troops from Vietnam, becoming widespread in the US by Christmas of that year. By January it travelled to South America, Japan and parts of Africa. Many schools were closed in Dhaka and Chattogram to protect children from contacting the disease as it was contagious.

Once cholera, typhoid, small pox, diarrhoea and TB were killer diseases in this country. Research and development of cure has to some extent eradicated the menace of such diseases even from Bangladesh. However the possibility of spreading some of these diseases through the Rohingya refugees in South Chattogram from Myanmar is a matter of concern. HIV, Ebola, SAARS, and some similar diseases also posed a big threat in many parts of the world from South America to parts of Asia back in the early part of this century. But to some extent due to public awareness and proactive government measures problem did not go out of control.

Coming back to the city administration in many countries of Asia where usually the cities are densely populated and people lack basic knowledge of public health the quality of administration is also often very poor. This can be the case in the cities like Karachi, Mumbai, Delhi, Kolkata, Dhaka, Yangon, Bangkok, or Manila. Inept handling of issues like public health may lead to a catastrophic situation like now happening in Dhaka or in other parts of Bangladesh. In the recent past only late Dhaka Mayor Mohammed Hanif proved to be a good city administrator and in the case of Chattogram it was late A B M Mohiuddin Chowdhury. Unfortunately in Bangladesh people occupying positions in which the welfare and everyday life of the city dwellers depends mistakenly think that their duty is to attend office from 9 to 5 and sign few files. Such offices do not have any office hour or weekdays and a responsible person occupying positions like a city mayor will walk (or drive) the streets of the city often unannounced and see for himself whether the concerned staff of the city are doing their job as expected. Unfortunately this is not appreciated  by many and to make things worse once in a while they will go out and perform some public  stunts (like first throwing some garbage on the streets  and then pretending to sweep the streets clean while the TV cameras are on). This is a foolish way of doing a public relation job.

Now the city fathers and the Health Minister have acknowledged that dengue has overwhelmed them and has taken the shape of epidemic. As a precaution they have appealed to the people not to travel outside Dhaka even during the coming Eid knowing very well this will not be heeded by many people eager to return home to celebrate their Eid. A pragmatic approach would be to equip the district level hospitals and health care centres with proper facilities along with doctors to handle further worsening of the situation. The citizens also have a role to play in curbing such health related catastrophic situation.  I do not know many cities where citizens are so careless when it comes to public health. Spitting anywhere and everywhere is a common phenomenon amongst the people of the sub-continent. Most do not realise that keeping the neighbourhood and the common area clean is in the benefit of those who live in the vicinity. The domestic garbage is hardly disposed of properly and the city corporations in most of the cases fail to provide proper facilities for garbage disposal. Dhaka’s lakes, namely Dhanmondi, Gulshan, Uttara and other water bodies have become rich breeding grounds of larvae of mosquitoes. The sewage of the people living in these localities in most cases is disposed off in these lakes. Not only the city corporations have to clean these lakes and water bodies regularly but also those who contaminate these water bodies must be tried under the existing   civic laws.

To begin with when the dengue first made its appearance there was a denial syndrome amongst the concerned officials of the ministry and the two city corporations. Then they started a blame game. None of these helped in curbing the problem. Neither is this the first time nor the last one that the country is or will be facing such health related catastrophe. In tropical countries breakout of tropical disease is not uncommon. It is predicted that in next two months things may go worse before it becomes better. What is needed is to have a proactive mechanism and readiness to face a situation whenever or wherever such emergencies occur.  Let us hope and pray that the country’s affected cities become normal again and people can resume their normal everyday activity.