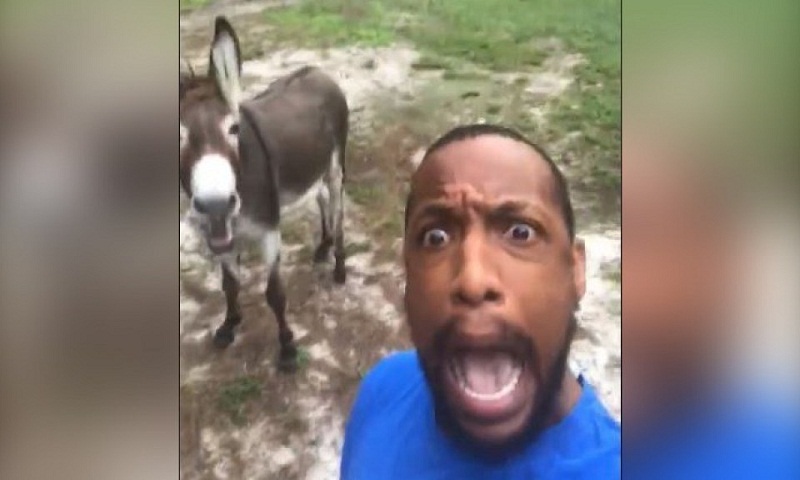 Many people love spending time with their pets and creating playful memories. A video of a man, hailing from the United States, humming a unique version of the Lion King theme song with his pet donkey shows just how.

The video shared by Travis Kinley on Facebook shows him with his pet horse and donkey singing Circle of Life. While the horse seems a bit camera shy, the donkey joins his owner hee-hawing to the tune of the song.

The heartwarming moment was captured and later shared on Facebook. “I did the Lion King opening and Nathan joined in with me! Love this dude,” Travis wrote.

“I have found my soul animal. I may not be able to ride him - but he understands me,” Travis later wrote in the comments section of the post.

Enchanted with the video, a lot of people commented on it. “Hahahaha! Travis Kinley!! This is golden man, and you’re even rocking the #TeamSumter shirt!” says a Facebook user. “Seriously! Best thing on Facebook right now,” says another. “I’m still laughing! I so needed this,” says a third.

The original song was written by Elton John and Tim Rice, while the score was composed by Hans Zimmer, reports HT.