Life Is Not Secured Even in Courtroom 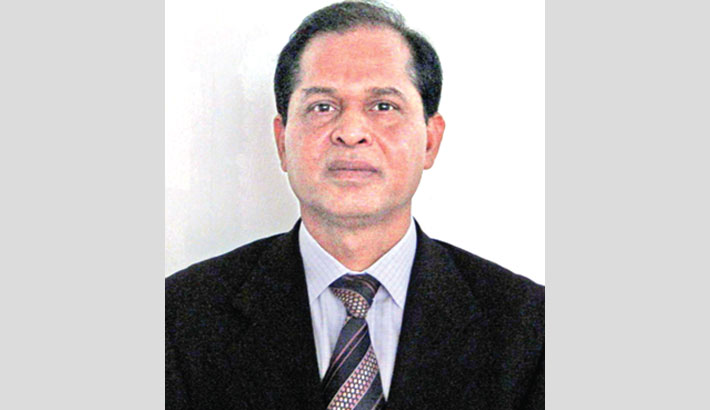 This writing is an appeal that evolved in my mind after reading a news item published in the Daily Kaler Kantho last month. The place of the occurrence was nowhere, but the court of the Third Additional District and Session Judge in Cumilla. Two accused involved in a murder case came to appear for hearing in that court and all of a sudden, one man stabbed the other in front of everyone present in the courtroom. The victim died afterwards and the killer was arrested. There were many people at the spot, but it was not known whether anyone of them came forward. There were policemen, who tried their best but could only arrest the killer. Luckily, the judge or the complainant was not the target.

Closing our eyes, if we try to imagine what had happened on that day, perhaps, it would be just like a Bangla or Hindi movie. What we normally see in our or Indian movies? The hero attacks the killer of his beloved person (s) in the judge’s chamber and shoots or stabs him to take revenge in front of the people in the court. No one dares to come forward. It is always the police who come at the eleventh hour. But, the incident we are talking about here is not a part of a movie in any way, though it seems. It has happened in reality. However, in this case, the murderer was not from the complainant's side, but one accused has attacked the other accused. Unfortunately, both of them were blood related.

Referring the incident of Cumilla Session Judge Court, a lawyer of Bangladesh Supreme Court has filed a writ petition at the High Court seeking necessary instructions for proper protection of the court premises and the judges. In her petition, she has said that as a conscious citizen, she is concerned about the way a person was murdered in front of a judge in a courtroom. I strongly believe, all peace loving people of Bangladesh also share the same sentiment like her.

This incident, once again, remind us the tragic killing of a young boy named Rifat in Barguna a few weeks back. Rifat was killed in broad daylight by more than one person in an open space infront of around hundred onlookers. In case of Cumilla Court, there was only one attacker and the killing also took place in presence of a good number of people, but in a more restricted location than the other. Doesn’t it mean that there is no enough space in Bangladesh to be defined as safe and secured?

I have never heard of such occurrence in any judge's chamber in Bangladesh. Maybe something similar happened in other parts of the world or even in our country that I do not know. However, there is no reason to take the matter lightly. Such incidents in the court have put us at security risk. Therefore, we need to think about it.

The court is not a common place; rather it is regarded as a sanctuary. We know that a court represents a person or a body of persons having judicial authority to hear and determine disputes. The term ‘court’ also denotes the chamber, hall, building or other place where such judicial proceedings take place. Considering the responsibilities as well as the privileges of the courts, people keep much respect towards the courts. People trust and honour the courts. It is the place from where they can get justice. To them, court is the safest place on the earth. As such, nobody can think that he or she would face any insecurity threat in the courts.

Obviously, it is not a good sign. In fact, we have been passing through a very bad time. The very recent incidents of violence against women and girls including rapes, murder or mass-beating in open air, killing by bus or truck on the road, etc. are nothing but the degradation of our human qualities. Now, this case of murder in the courtroom has added a new dimension of violence happeing in our society. Those incidents have proved how much inhuman we are! At the same time, we do not know how much insecured our lives are!

I do not understand, whether these are happening due to degradation of human qualities, or disrespect to the laws of the land, or the absence of the rule of law, or anything alse. We need to know the causes behind these incidents and at the same time, find out their remedies. But, doubts are there, whether we, the people and the government, would be sincere in doing all necessaries required. In fact, there are two avenues - the responsibility of the society and the responsibility of the concerned organs of the government.

There is no doubt that responsibility of the society or the people is the most important factor to ameliorate the existing situation. We must create necessary awareness so that everybody respects the laws of our country. We must have trust in our courts and judges. Courts are there to see if any injustice occurs against any national of Bangladesh irrespective of his or her economic, social or religious status. Nobody should take the law in his hands.

To bring discipline in our lives or in the society, we must abide by the laws of the land. Rule of law can not only make our country prosperous, but also make our lives peaceful. As citizens of Bangladesh, we must extend our fullest support and cooperation to the government in this regard.

The second most important factor is the role to be played by the concerned organs of the government.

Issues concerning the protection of the court premises and the judges should not be taken loosely. It is normal that the law enforcement authorities of the government know about their responsibilities: Those are (a) to protect the court premise, judges, lawyers and complainant and others present in the court; (b) to ensure that nobody in the courtroom carries any weapon or knife or anything with them to attack any person and (c) to facilitate the smooth running of the activities of the court. Our experience tells us that any lapse on the protection issue might cause such disaster, like the Cumilla incident. So, there should not be any compromise on the security question of any establishements including the courts.

Truly speaking, protection should be not only for our courts or judges, each and every citizen as well their properties deserve safety and protection from any threats or disasters. This is their constitutional rights and the state machinery cannot deny that. However, we, the citizens of this country have to co-operate the government in its efforts to establish rule of law and thus bring peace and justice for all of us.