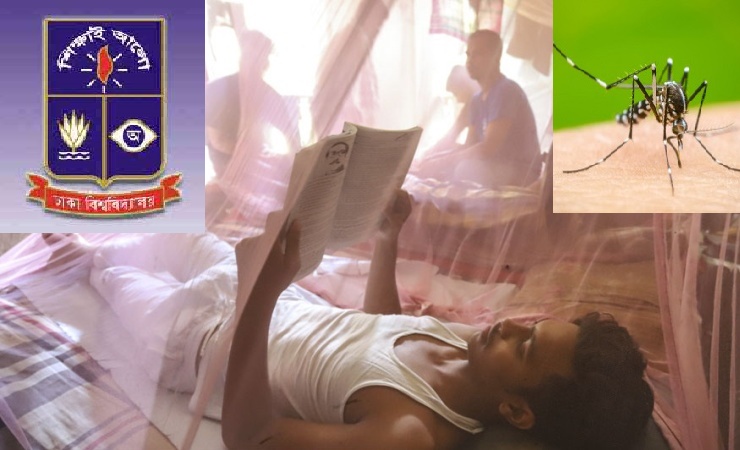 Amid the rise of dengue outbreak across the country, Dhaka University (DU) in collaboration with Bangladesh Association of Clinical Biochemists (BACB) on July 31 launched a ‘Dengue Diagnosis and Prescription Center’ at the medical center of the university.

In first day, over 168 students of the university have rushed to the medical centre to conduct test, and thirteen have been diagnosed with dengue.

Talking about the dengue test, DUMC's acting chief medical officer Dr Sarwar Jahan Muktafi on Thursday said that they imported a dengue diagnosis device for the centre. But the device could conduct diagnosis only on 150 persons in a day.

“In the first day we have conducted test on 168 students where 13 of them found positive”, he said.

Earlier, amid the rise of dengue outbreak across the country, a group of Dhaka University demanded closing the institution to prevent the outbreak in the campus.

The demand came from an unofficial survey run by the students on a social media website, Facebook day after Firoz Kabir Swadhin, a student of the 20th batch of DU's Finance Department, died of dengue at a Dhaka hospital on Friday (Jul 26).