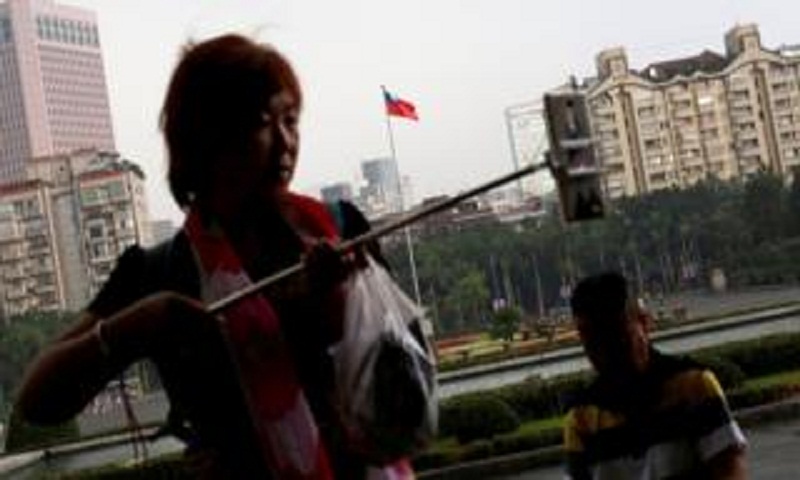 China has announced that it will stop issuing individual travel permits for Taiwan.

The country's tourism ministry said its decision, in effect from Thursday, was spurred by "the current cross-strait situation".

Solo travellers from 47 cities - including Beijing and Shanghai - have been able to visit since 2011.

But tensions have been rising with Beijing, which considers the island territory to be part of China.

The latest travel ban does not apply to groups of tourists.

However, visitor numbers could be cut by 700,000 if it remains in place until the end of the year, the South China Morning Post newspaper quoted Robert Kao, a member of Taiwan's Travel Agent Association, as saying.

Travel measures were relaxed under the former government of Ma Ying-jeou, whose Kuomintang party enjoyed warmer relations with mainland China.

But tourism numbers managed to remain constant, according to Taiwan's tourism bureau, with around 2.69 million people visiting from mainland China in 2017 and 2018.