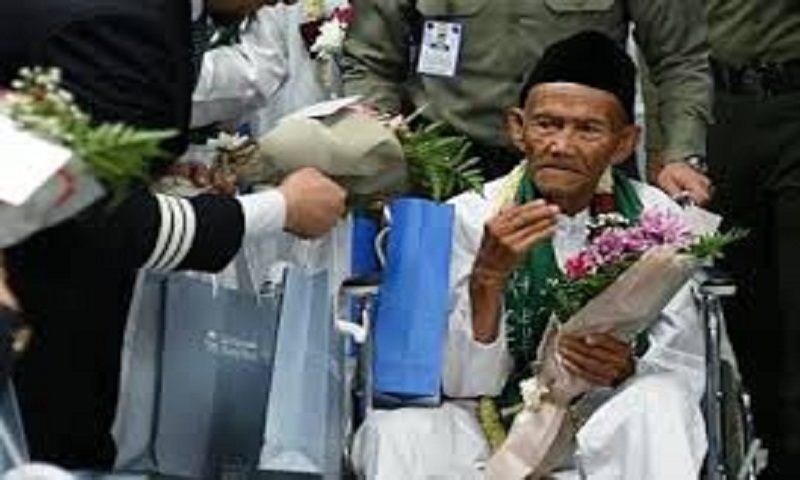 A 130-year-old Indonesian national arrived in Saudi Arabia on Wednesday for the annual Haj pilgrimage.

Samri, who is accompanied by his family of six, is being hosted by the King Salman's Hajj and Umrah Guests Programme to perform Haj rituals this year, the Arab News reported.

In interview with SPA, Ohi and members of his family expressed their thanks and gratitude to the Custodian of the Two Holy Mosques, King Salman bin Abdulaziz Al Saud and the Crown Prince for the care and services being provided for pilgrims, praising the facilities and services provided to them from the first moment of their arrival in the Kingdom of Saudi Arabia.

The oldest person to previously perform Hajj was 104-year-old Ibu Mariah Marghani Muhammad, also an Indonesian. She made her pilgrimage in 2017.

She was the oldest among the 220,000 Haj pilgrims from Indonesia that year, according to The Jakarta Post.