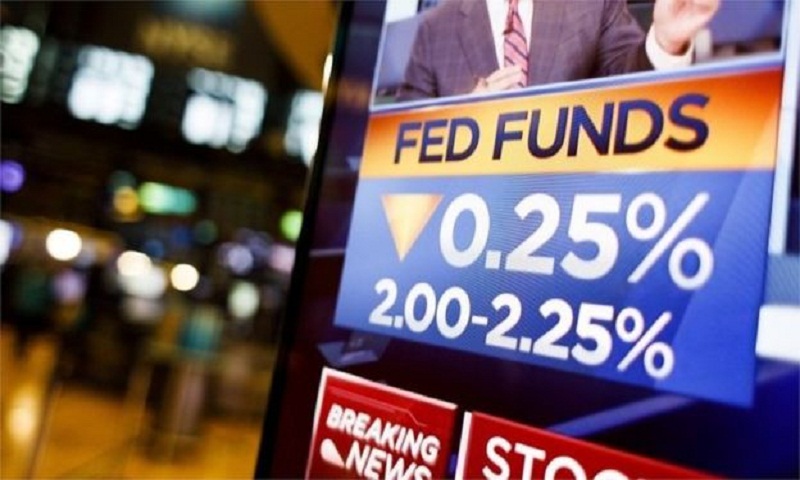 The US central bank has cut interest rates for the first time since 2008 but not won over President Donald Trump.

Mr Trump, who had demanded a big rate cut, was unimpressed with the Federal Reserve's 0.25 percentage point cut that took the federal funds target range to 2-2.25%.

In a tweet, the president scorned Fed chair Jerome Powell, saying: "As usual, Powell let us down."

The main stock market indexes on Wall Street all closed more than 1% lower.

Analysts cited uncertainty over how many rate cuts the market should expect.

"What the market wanted to hear from Jay Powell and the Federal Reserve was that this was the beginning of a lengthy and aggressive rate-cutting cycle which would keep pace with China," tweeted Mr Trump.

At a news conference following the announcement, Mr Powell said the rate cut had been "well telegraphed", but he was not committing to "just one" cut.

Cutting rates makes borrowing money cheaper for businesses and consumers alike. But support for the measure was not unanimous.

The cut was opposed by two members of the Fed's Open Markets Committee, the body responsible for setting rates. There were eight votes in favour, including Mr Powell and vice-chair John Williams.