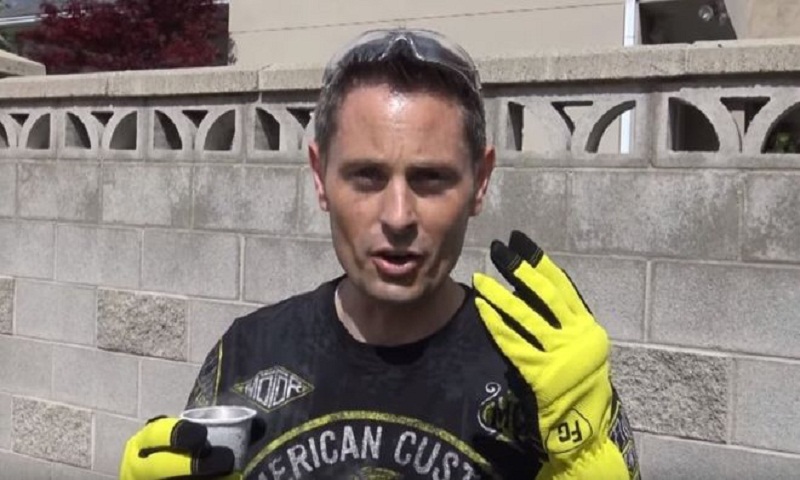 YouTuber Grant Thompson, star of the "King of Random" channel, has died in a paragliding accident.

The 38 year old, whose channel had 11 million subscribers with billions of views, failed to return from a trip in Utah on Monday.

Thompson had a GPS device which helped locate his body the next day.

His YouTube channel was known for its creative - and sometimes dangerous - experiments such as "What does Liquid Nitrogen do to Your Face?"

Thompson's death was officially announced on his Instagram page, with calls for his fans to "do a random act of love or kindness today in honour of The King of Random".

In an interview with MediaKix in 2017, Thompson explained how he was bullied at school but eventually became a pilot. After flying planes for more than a decade, he went into real estate, became "semi-retired" and started his YouTube channel.

"I started making videos on YouTube showing people what I was tinkering with and what I was coming up with," he said at the time.

Some of his most successful videos include "How to Make LEGO Gummy Candy!", "What Happens When You Boil The Ocean?" and "How To Make Magic Mud - From a Potato!"

Tributes to Thompson started pouring in from fans and fellow YouTubers after his death was announced, including Logan Paul, who said he was "heartbroken."